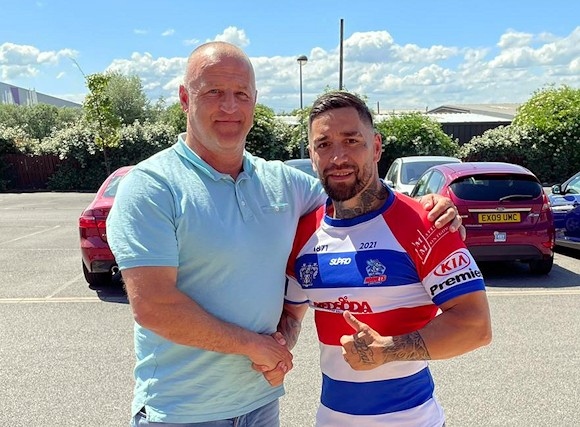 Former England international Rangi Chase has signed for Rochdale Hornets for the remainder of the 2021 Betfred League 1 season.

The 35-year-old links up with head coach Matt Calland and his squad immediately and could make his debut this Sunday as Hornets host North Wales Crusaders at the Crown Oil Arena, with a 3pm kick-off.

Chase has previously featured for St George Illawarra Dragons, Castleford Tigers, Salford Red Devils, Leigh Centurions and Doncaster, and had signed with West Wales Raiders ahead of the 2021 season.

However, due to family reasons with the distance from his children becoming an ongoing issue, Hornets acted quickly to sign the experienced half-back to their 2021 squad.

Chase won the Steve Prescott Man of Steel award in 2011 and was named in the Super League Dream Team in the same year. He earned eight caps for England between 2011-13.

Head coach Calland said: “I am delighted to bring a player of Rangi’s quality in. Obviously with the injuries we have had recently, particularly losing Rob Fairclough for the season and with Ryan Forshaw being banned, we have had to play players out of position, so Rangi coming in should give us a massive boost.

“He’s a leader and will give us that direction on the field that we need and he also has that X factor which can win you matches.”

Chairman Andy Mazey added: “I’m absolutely delighted to welcome the maverick Rangi Chase to Rochdale Hornets. We have done it really tough this year with injuries and losing Rob Fairclough our talisman and scrum-half was a body blow.

“As I’ve said previously though, we are 100% committed to backing Matt Calland and once we learned of Rangi’s availability we moved very quickly to fight off competition and secure his services.

“Rangi’s arrival is a huge boost at a vital time and will hopefully help generate even more profile and put bums on seats as we are set to embark on a run of home fixtures and a big push towards the play-offs.”

Fans can watch Rangi Chase and the likes of Fuifui Moimoi and Sean Penkywicz for just £10 this Sunday against the Crusaders, while kids can attend for free.