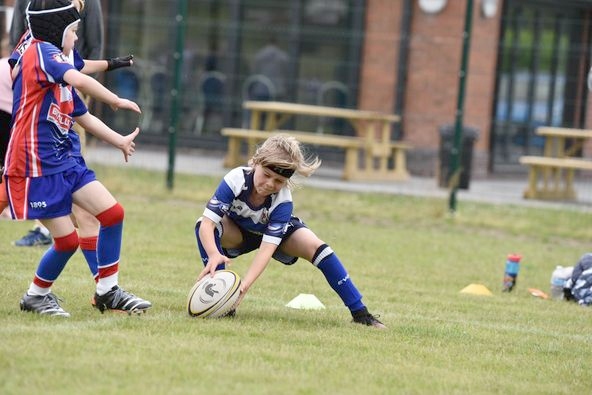 Mayfield under 9s travelled to Shevington for an early kick off on Sunday (27 June), with three regulars missing and two brand new players making their debut.

Debutant Fintan crossed the whitewash to score a treble and set the team on course for the rest of the game, which saw him awarded Man of the Match. Debutant Ben looked like he’d been playing the game for years; he took the top tackler award.

Toby scored four tries and impressed the opponents’ coaches, George played well and directed the team around the park with some great tackling from Conor, stopping the opponents in their tracks.

Shelley Wood, Youth Chair at Rochdale Mayfield ARLFC, said: “The game was close, right up until the last quarter, with all 12 lads playing their heart out, including a strong performance from Sam who crossed the line for his first try and Connor backed up a good performance with a try.”