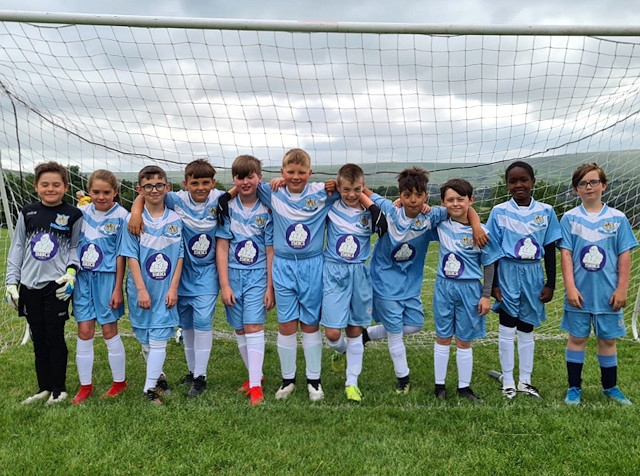 First team from Milnrow Dynamos FC - the Under 11 Falcons

A new junior grassroots football club has been formed in Milnrow, co-founded by a group of like-minded parents with one aim of 'putting kids first'.

The new club - Milnrow Dynamos FC - can officially play in the Bury North League from 1 July.

Co-founders Kris Meredith (Club Chairman) and Anthony Luker (Club Secretary) are passionate about the game and believe the club’s ethos and values will foster a positive and inclusive culture for all.

As a 100% not-for-profit organisation, the club is firm in its mission to put every penny back into the children’s development and safety, with a strong emphasis on safeguarding.

The club originally had just one team -  who have been together for a number of years - but from next season will have two teams representing the club at under 11s and one team in the under 9s age group with the provision for more teams/players as the club develops.

The original Milnrow Dynamos team is the Under 11’s Falcons, sponsored by SBG Rochdale, owned by Martin Stapleton. Martin’s wife, Hayley, is treasurer of the new football club.

Chairman Kris Meredith said: ‘It has been a fantastic effort from all the parents involved in supporting us in setting the club up, be that through fundraising, administration or moral support. However, this would not have been possible without the support from our initial team sponsor SBG Rochdale.

“SBG Rochdale has sponsored this team for many years and on behalf of the club we wish to express the gratitude of all.

“All coaches will be supported in achieving their FA Level 1 coaching badge with the aim for further development as the club progresses.

“The club is looking forward to what the future holds and the journey which begins in September as the new season unfolds.”