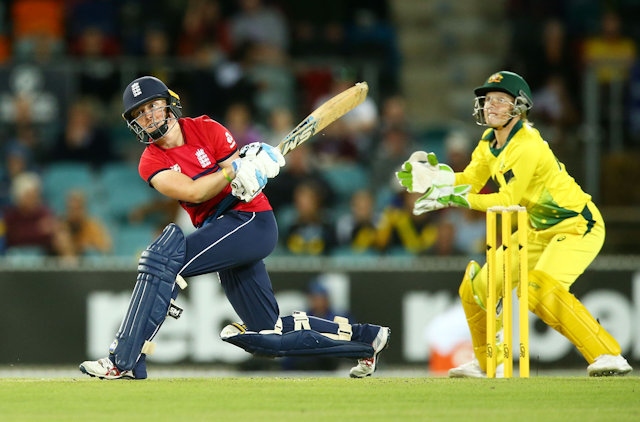 England lead the series 4-2 after points were shared from the Test match draw against India earlier this month (pictured: Heather Knight)

The England women’s cricket team, featuring Heywood’s Kate Cross and Rochdale-born Heather Knight, got their latest One Day International series against India off to a winning start on Sunday (27 June).

England lead the series 4-2 after points were shared from the Test match draw against India earlier this month.

The England side drew against India in the final day of a one-off Test match in Bristol; despite a strong start, England were denied their first test victory since 2014. Rain on the third day will also have contributed towards the draw.

Cross later described the Test as “a frustrating finish but great to be back” whilst Knight, who recently played her 100th match as captain, has called for the women’s Test to be extended to five days.

England next meet India on Wednesday (30 June) at the Cooper Associates Country Ground in Taunton with a 2pm start time.