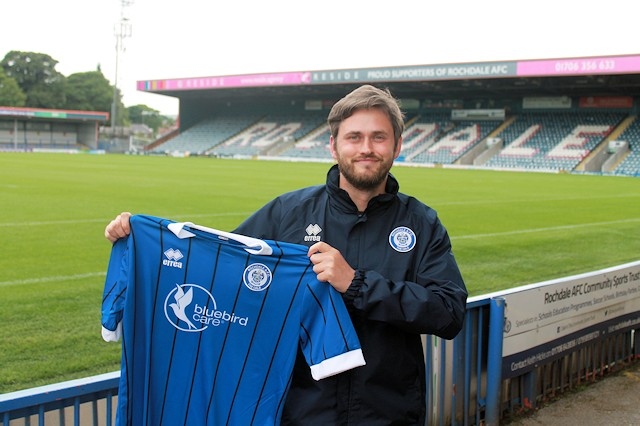 Todd Neilson brings a wealth of experience in women’s football that has made his integration into his new position with Rochdale AFC Ladies seamless.

Neilson, who hails from Oxford, has held numerous positions in the female game, most notably as coach of Manchester Metropolitan University Ladies but has also held roles with Oxford United, Bradford City and Wigan Athletic.

Todd has had to bide his time for a shot at the open age team, but steps up into the role following the departure of Tabby Magida to Blackburn Rovers at the end of last season.

Spending 2020/21 developing the under 16s squad, Neilson has impressed with his professionalism and demand for high standards, which resulted in a hugely successful undefeated league campaign in the South Manchester League, coaching alongside seasoned community coach Stephen Lorimer.

Todd said: "Having the Community Trust be so supportive of my coaching aspirations this year made moving to the first team role a no brainer for me.

"I feel they have matched my enthusiasm and high standards every step of the way since appointing me to the role and I hope to repay them with a lot of success."

Rochdale AFC Ladies, who are sponsored by Bluebird Care Rochdale, restarted training last week and are open for any new players who wish to join them for the 2021/22 season.

“We would be happy to welcome any new players or volunteer coaches to our ranks to help in the running of the club,” said Keith Hicks, chair of Rochdale AFC Ladies. “The progression of Todd from the under 16’s to open age shows that we develop coaches as well as players and it’s a great time to be involved with club.”

Pre-season officially starts in August for ladies team and the Rochdale AFC Ladies committee are looking forward to announcing some exciting developments in the coming weeks.

Todd is now looking to add to his back room team and is particularly keen to hear from anyone interested in the following roles:

If you are interested in any of these roles please email Todd on LadiesOA@rochdaleafc.co.uk