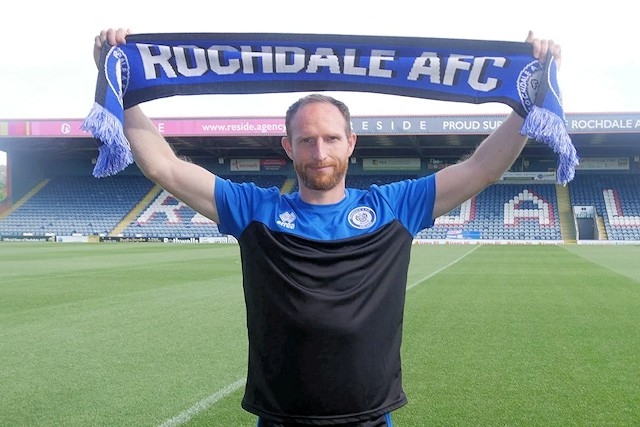 Rochdale AFC has announced that left-back Aidy White has signed a two-year deal with the club.

White, who has made over 200 professional appearances during his career, has spent the last two weeks on trial and featured in Dale’s 5-1 pre-season friendly win over Oldham Athletic last Friday.

The 29-year-old began his career with Leeds United, joining their youth setup in 2002, before making his professional debut at the age of 16 in 2008.

He went on to make over 100 appearances for the Elland Road club over seven years, before joining Rotherham United and later Barnsley.

White, who can operate at left-back and left-wing, has spent the last two seasons north of the border with Hearts, where he made 34 appearances.

“I’ve been in training for a couple of weeks now and I’m really happy that the manager has decided to offer me a contract.

“I’ve proved my fitness, proved what I can do and I’m really looking forward to getting going at the weekend.

“I’m impressed with the standard of the players, there are some really good young players with a lot of talent, mixed with some good experience as well, in terms of older pro’s that have been around.

“I’ve been really pleased with the standard of training, the coaching, and everyone around the club.

“I wouldn’t want to be signing unless I thought we had a really good chance of going straight back up. Come the weekend, we’ll be raring to go and can hopefully kick off with a win and try to go for promotion.”