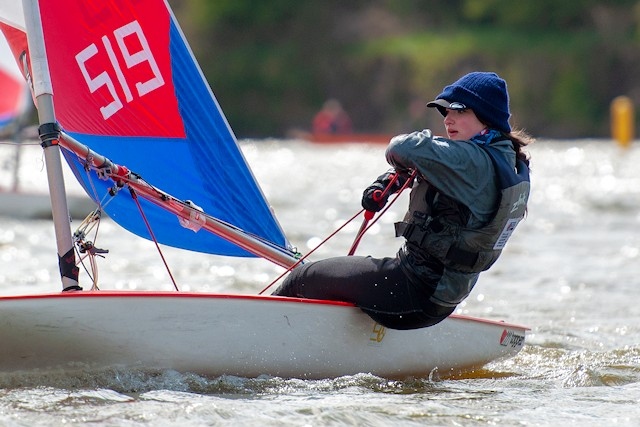 Sailor Daisy Fisher, a 15-year-old member of Hollingworth Lake Sailing Club, has made a successful return to competition after lockdown restrictions and all while studying for her GCSEs.

Daisy recently won the last event of the season at Budworth Sailing Club in Cheshire against 24 other sailors from the region to return home with an armful of trophies.

With stiff competition it came down to who was the winner of the very last race of the series to decide the outcome and Daisy sailed away from the fleet for an emphatic victory to cement her place at the top of the standings. 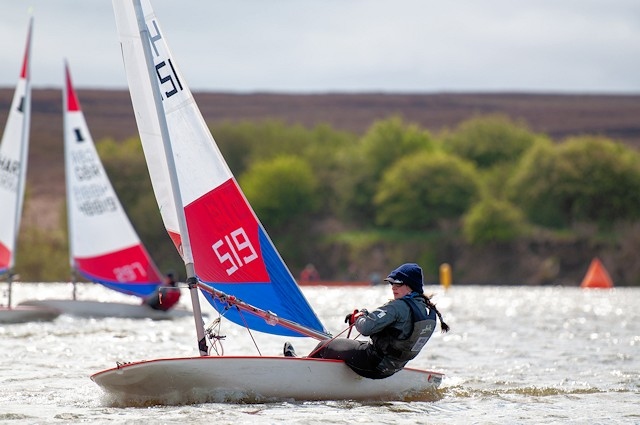 Her Royal Yachting Association coach, Lucy Mearns, said of her: “The improvement Daisy has made throughout the last three years in her sailing career has been extraordinary, she has shown real commitment to the sport. Her training on and off the water, has gained her the accolade of being the top sailor in the Topper class throughout the North of England.

“Not only in the North, but also on a national level, Daisy has consistently ranked at the top of the fleet. She has shown real sportsmanship, passion, diligence, and drive in her goal to stay at the top.

“Sailing is a challenging sport, with many factors that can change and impact a race day. Daisy has worked incredibly hard to improve her strength, muscular endurance and problem solving ability, in order to tackle the ever-changing conditions.”

At the age of 14, Daisy became the first female member of Hollingworth Lake Sailing Club to be accepted for a national squad, joining the Royal Yachting Association’s National Squad in 2019. She started sailing a Topper Dinghy just after Easter in 2017, and won the first event she entered, the Lancashire Schools Sailing Championship in the Under 14 category.

Since its formation in 1946, the Hollingworth Lake Sailing Club has played a prominent role in the sport of British dinghy sailing. The club is home to a number of national and world champions as well as Olympic medallist, Stuart Bithell, who last week claimed a dramatic men's 49er gold medal at the Tokyo 2020 games, the first ever 49er sailing gold for Team GB.

The Commodore of Hollingworth Lake Sailing Club, Stuart Bates, added: “It is great to see that all of the effort that Daisy has put into her sailing paying off. The confidence and drive she has within her are a credit to her family.”