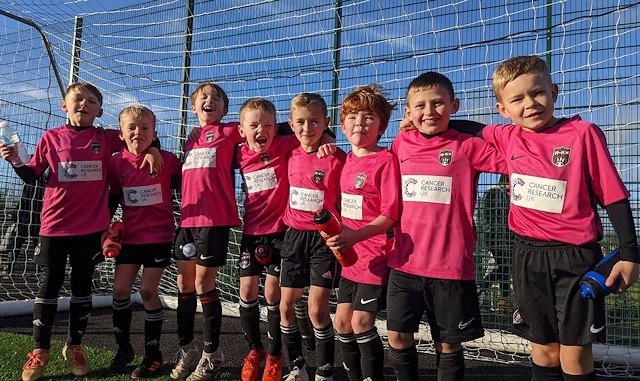 The seven and eight-year-old boys have all left the Rochdale-based club to continue their footballing journeys after signing their first contracts with academies at professional clubs across the North West.

This year's cohort features the highest number of players to sign in R-Kix's six-year history, despite the pandemic.

Richard Tracz, the club’s head coach, said: “Despite the last year being stop start with the pandemic, these boys have done brilliantly, and I couldn’t be prouder having seen them all develop from our tots and games programs. I’m really excited to see what the future holds for each of them."

The exciting young prospects who made up the club's under 8s teams have signed for clubs including Liverpool, Leicester City, Bolton, Wigan, Manchester United, Blackburn Rovers, Crewe, Preston, Manchester City and Everton.

R-Kix has more than 200 local children of all abilities from across the borough who train at the Soccer Factory in Castleton and play matches on Saturdays in the Manchester Youth Super League whilst also competing on Sundays in both the Heywood Junior League and the Manchester Grassroots Sunday League.