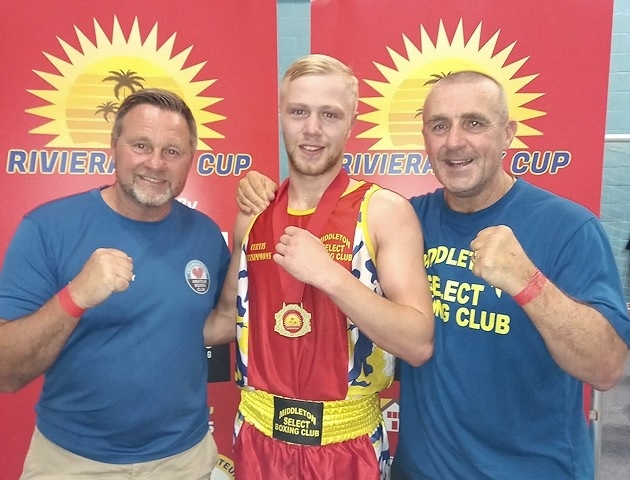 Boxer Curtis Fitzsimmons has brought home a gold medal from the Riviera Box Cup tournament this last weekend (14 and 15 August).

The Middleton Select ABC fighter, who lives in Littleborough, won his first bout against Jack Silk, of Lympstone Boxing Club, on points in Saturday’s semi-final.

Fitzsimmons, 23, then went on to face Mason Brewes, of Baker St Boxing Club, in the 74kg elite weight finals the following day.

Fitzsimmons was declared the victor after stopping his opponent at the end of the first round.

The Riviera Box Cup is a two-day Olympic-style boxing tournament for junior, youth and senior boxers which takes place in Torquay, hosted by the Torbay Amateur Boxing Club.

This year’s tournament took place over the weekend of 14 and 15 August, and featured only English boxing clubs due to the Covid-19 pandemic, rather than being open to the home nations.