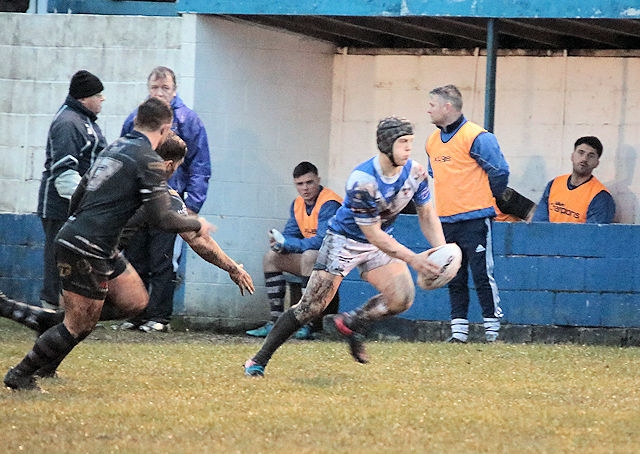 Brandon Wood has returned to Mayfield

After the late cancellation of last week's game, a hasty rescheduling sees Pilkingtons arrive at the Mayfield Sports Centre on Friday night (27 August) for a 7pm kick off. There's something special about a Friday night game; what a great way to start the weekend.

To put the the icing on the cake Mayfield are pleased to announce the re-signing of Declan Sheridan and Brandon Wood. They are both absolute class and have Mayfield in their blood, having been at the club from a very young age.

Chairman Neil Ramsden says about Wood and Sheridan: "We are sorry it has not worked out for these lads at their clubs but to be honest we are absolutely made up that they have come back home. They are part of the furniture here at Mayfield and have always been involved.

There is still some paperwork to sort out but with a bit of luck both could be available for Friday's game.

For Sam Butterworth and his Mayfield side the inclusion of Sheridan and Wood in the squad would be a massive boost and will lift everyone, from the players to the crowd, who have always appreciated the exciting style of play that Sheridan brings and the raw power and pace of Wood.

The week's delay has probably benefited Mayfield giving the players who were carrying knocks time to recuperate although Liam Whalley will miss out after picking up an injury in the St Annes game. Butterworth and Steve Wood have a strong squad to select from and expect a few headaches with finalising the line up.

Craig White and Andy Reids  NWML side are at home too on Saturday (28 August). They play host to Chester Gladiators. The visitors are down at the foot of the division with Mayfield which should mean a great battle as two strugglers try and assert themselves on the game and begin a climb up the table.

Mayfield, like the senior side are hoping to unveil a couple of new signings of their own and will also feature some of the U18s who have been impressive for them in the games so far. Reidy fancies their chances today and is looking at chalking up the two points.

Also in action this week at the Mayfield Sports Centre on Saturday is the Rochdale Masters side. Carl Abraham's side has been training hard and are game ready, once the strapping has been applied. Numbers are once again strong and the efforts at training have to been seen to be believed with players ranging from their mid thirties up to their seventies.

Todays opponents Birkenshaw Bluedogs are an established masters side and will be a competitive outfit so a great game is in prospect on Saturday.