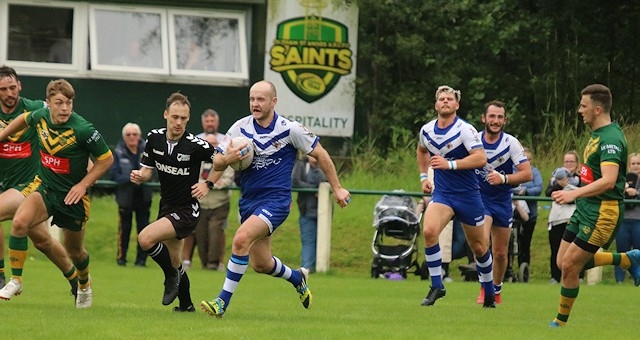 Top of the league Crosfields are Saturday's opponents at the Mayfield Sports Centre.

Warrington based Crosfields beat Mayfield in the reverse fixture on 3 July after one of Mayfield's poorest performances of the season but Mayfield have improved immeasurably since then and after last weeks scintillating performance against Pilkingtons they go into this game absolutely buzzing.

Mayfield's new signings slotted straight in last week like they'd never been away and with Liam Whalley hoping to shake off injury and join the squad for Saturday's game, coaches Butterworth and Wood will be looking to put out a really strong seventeen. Its important to win this game with the shortened season coming to an end soon.

Mayfield are second in the table at the moment but could finish top if they win all their remaining games and that is what Sam Butterworth is demanding from his players. Nothing less than 100 % will do this weekend and Sam knows if the lads give that then there is no reason they cant overturn the Warrington outfit.

Several players are hitting form at the moment, Corey Newsham, Lewis Butterworth, Ieuan Higgs and Cole Connolly to name a few and these lads could be the key to victory.