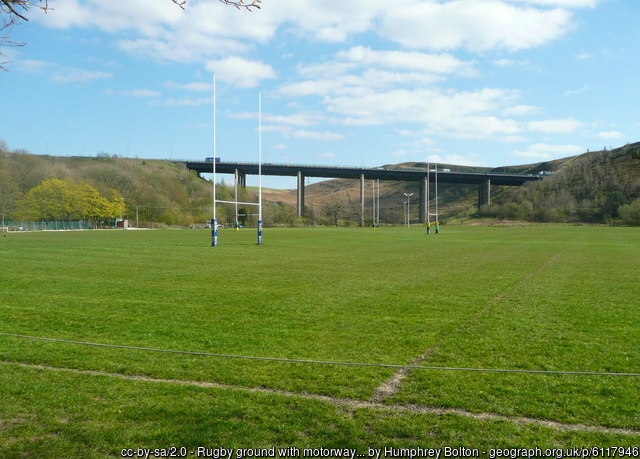 Great weather to start the new season made for perfect conditions for an entertaining match between Garstang and Littleborough on Saturday 4 September.

Host club Garstang kicked off to start the first game of the new season. Boro attacked into the home team's half of the field and maintained the pressure to take them down to Garstang's 25 metre line where they enjoyed a lot of the ball but without scoring.

The hosts got the opportunity to score the first points of the match with a penalty attempt which fortunately for Boro was unsuccessful.

Then Boro hit back with a good wing run by Nathan Coop and Boro were able to apply some pressure again in the home side's half of the ground. Boro were unable to cross the line and the following play saw Andy Walton make a strong tackle.

Now it was the turn of Mathew Goldthorpe to put in a great attacking run, creating excellent pressure on the host's tryline area and that was followed by Boro's centre three-quarter Roberts on the charge down the wing.

Just before the end of the first half the host team broke away and their winger nearly got over the tryline, but on the whistle the score remained 0-0.

Just two minutes into the second half a brilliant dummy pass by Oliver Bamford gave him the opening try of the match, converted by Walton. 0-7.

However, after only 10 minutes play, the host team went over Boro's line for their first try and conversion to equal the score. 7-7.

Walton scored with a successful penalty kick but Garstang almost immediately followed with their own penalty success. 10-10.

Boro's Coop then put in a relieving kick but got knocked down and needed attention - the resulting scrum resulted in a penalty kick being awarded to Garstang which put them into the lead. 13-10.

The host club were then awarded a third penalty which they failed to score, giving Boro a chance to draw.

With the match almost at the end the referee awarded Boro a penalty and Walton was successful again to draw the match. 13-13.