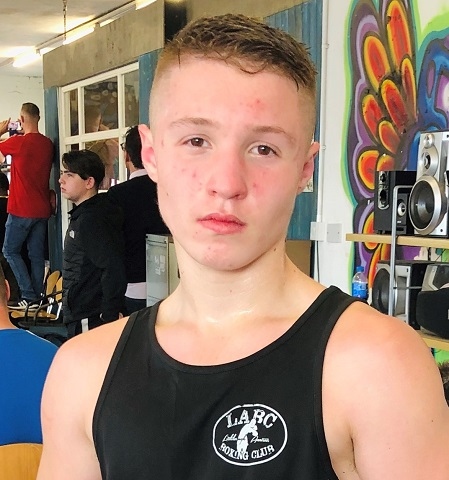 14-year-old Leevan took on Kevin McDonagh, of Ardwick Lads ABC, before winning the bout by unanimous decision. Whilst the fight was Leevan’s third amateur bout, Kevin previously placed as runner-up in the national final of the contest, making the result an incredible achievement for the Littleborough boxer.

Leevan, a student at St Cuthbert’s RC High School, has been boxing since he was eight, and has been a member of Littleborough ABC for a few years.

Coach Mark Oldham praised Leevan: “This is his first time at the championships and is an excellent accomplishment for Leevan, who has stuck with his training through lockdown. His family have been very supportive of him and his attitude is spot on.

“It's incredibly rewarding seeing one of your boxers - who has worked hard now for years, stayed positive throughout all the stop starting, the pandemic, the lockdowns and restrictions - push through and win this against a very tough opponent and last time's national runner-up.

“His fight against McDonagh was a good one; it was close. Whilst there are some other good fighters in his category, they’ll have to be really good to beat him.

“Leevan is a terrific kid with a brilliant attitude.”