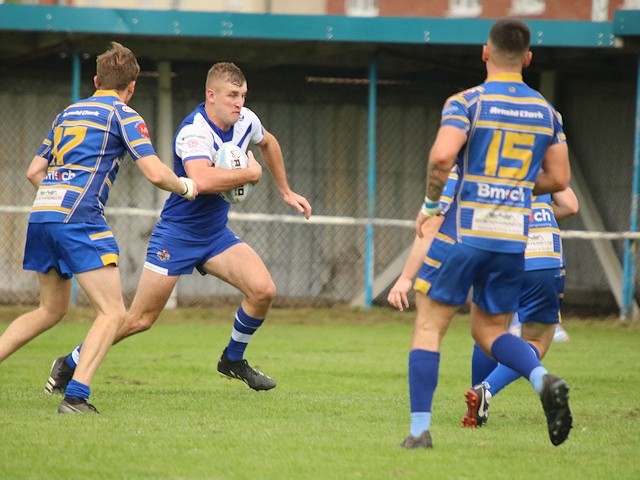 Mayfield play Hunslet this weekend in the play-offs

Mayfield face their toughest test of the season so far on Saturday (18 September), as they enter the play-off stages of the National Conference League and make the journey over the Pennines to face Leeds based Hunslet Club Parkside.

Hunslet have had a really good season so far amassing over 500 points while only conceding 120. Looking at this, Mayfield have their work cut out for sure, but Sam Butterworth's side will be going with only one thing on their minds - victory.

A win will see them through to the next round whereas defeat means they will go into the plate competition with a trip to the losers of the Wath Brow v Leigh Miners game.

Hunslet, like Mayfield go into todays game with a big win under their belts in their last match and a cracking game of rugby league is on the cards. There have been some tough close run contests between these two sides over the years and todays game should prove the same.

After last weeks win at Saddleworth, Butterworth was pleased overall with the sides performance, especially the first half when Mayfield were outstanding. Their concentration and discipline slipped a little in the second but they still scored some belting tries. There is little doubt that if Mayfield play to their potential they will be hard to beat, but to say the least, they have been enigmatic at times this season.

There have been occasions when the Mayfield defence has been weak, but they have also shown they can live with the best. Training this week has focussed on the latter with Butterworth and Steve Wood instilling the need for the team to be on the ball from the first whistle to the last. The lads have responded well and have shown that they are going over the hill well prepared.