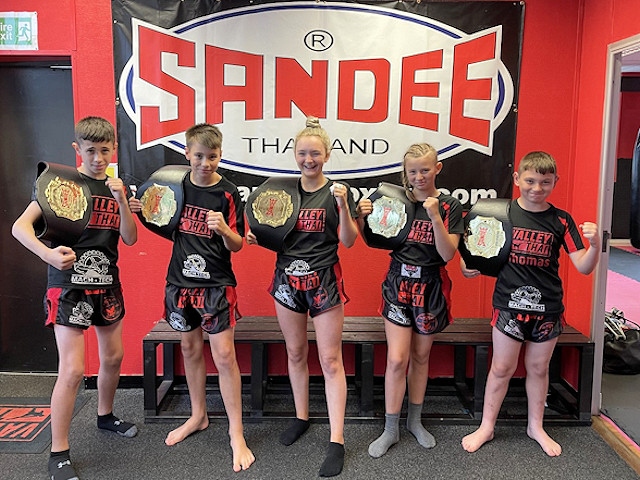 Held at Barnsley’s Metro Dome Arena, five Valley Thai students competed at the event which attracts fighters from all over the UK; being regarded as the one to win for all aspiring junior Muay Thai fighters.

Valley Thai students Daniel Calderbank, Mason Jenkinson, Abbie Hughes, Imogen Webster, and Thomas Miller – all taught by head coach Andy Hughes - have been working hard for months in preparation for the competition, training five days a week at the boxing club and out of the gym as they hit the roads to run.

This was 13-year-old Mason Jenkinson’s first time fighting in a tournament, but he has been a member of Valley Thai for nearly two years. He fought in the -50kg category quarter final for 13/14-year-olds and won unanimous to reach the semis. Reaching the final, he faced his teammate Daniel Calderbank, but the club and show promoter agreed that the boys will not fight each other and instead share the title.

13-year-old Daniel Calderbank has been a member of Valley Thai for four years now. Out of six fights in total, Daniel has only lost one so far in his junior career. However, this was his first time fighting in a tournament, where he won his quarter final and semi-final fights to reach the final with Mason. 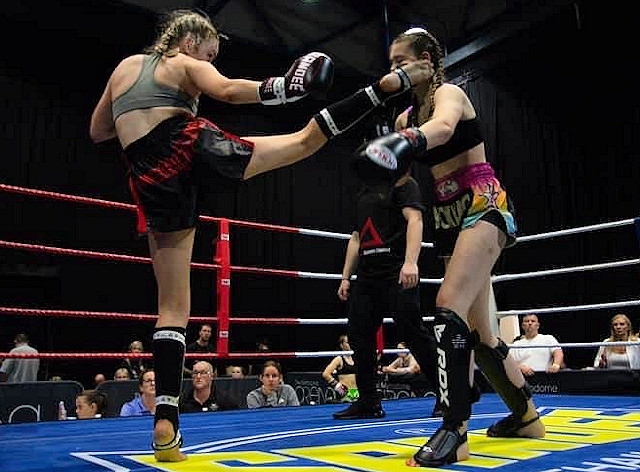 17-year-old Abbie Hughes has been training with Andy Hughes, her brother and coach at Valley Thai, since she was eight years old. She has had over 30 fights in total and has now moved into the adult ranks. She is also one of the coaches at Valley Thai.

Abbie has won the Sandee Muay Thai Open Championships every year since she was nine, as well as British titles along the way. This year she had a straight final in the -50 kg 16/17-year division which she won by a head kick knockout in round four to take the title. She stepped up to the next division to fight again in the -52 category, in which she lost in a close points decision.

Imogen Webster, 10, has been training for three years now and has fought two times previously, but like many other students this was her first tournament. Imogen fought in the semi-final which she won a hard-fought points decision to reach the final where she got a stoppage win in round one to take the title in the -42 kg 9/10-year division.

Thomas Miller, also 10, has been at Valley Thai for nearly five years and has had 12 fights with a mixed bag of results in that time. Thomas, who has previously won the English title, entered the Sandee Muay Thai Open Championships for the third time this year and this time, he had a straight final which he won after five rounds in a points decision.

On the day, all five students had tough challenges in front of them, but the hard months of training pulled them through to take the wins on the day and become the Sandee Open Champions, taking home the title belts.