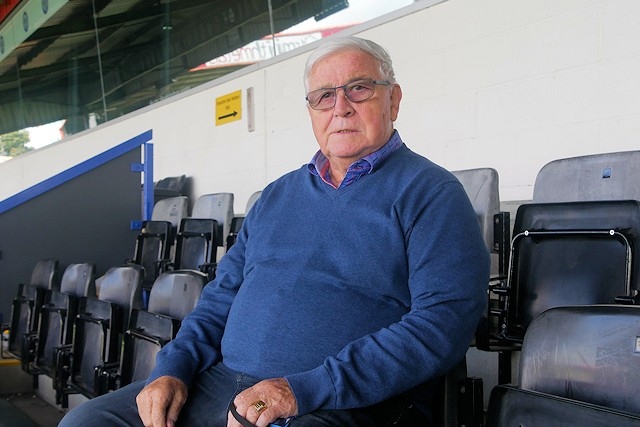 In recognition of his long-standing contribution to Rochdale AFC's academy, the club has announced that the academy has been formally renamed as the Andrew Kelly Rochdale AFC Academy.

Since joining the board of directors in 2006, Mr Kelly has been instrumental in the development of the academy, overseeing its growth alongside academy manager Tony Ellis and his team of dedicated coaches.

The announcement is the latest in a series of gestures by the club to recognise and pay tribute to the work done by club directors past and present; former director Graham Morris has been appointed as president of the club in recognition of his long-standing service to the club, and the main stand at the Crown Oil Arena has been renamed as the David Kilpatrick stand after the former chairman's death earlier this month.

The academy has previously been ranked the number one academy for productivity at Category 3 for two years in succession, meaning that over that period, the academy produced more home-grown players to play first team football than any other club in the country at Category 3 level, the second highest in the English Football League and the third highest across the country including the Premier League.

“The news has come as a real surprise. I’m not the kind of guy who likes to receive public accolades but I’m honoured and proud to have had the academy named after me,” said Andrew Kelly.

“I have always been a huge advocate of junior football and grassroots football in the Rochdale borough through my links with Sacred Heart, and when I first joined the board I wanted to bring that passion and expertise to the club to help develop the academy we had here.

“Within the first couple of years of my tenure, I had to fight to keep the academy open as its future was under threat, and to this day I am still extremely glad that I was able to succeed in that.

“We’ve seen some talented players come through the academy and into the first team in recent years - Daniel Adshead, Jamie Allen, Callum Camps and Luke Matheson to name but a few - and we have earned a reputation as an academy and a club that provides young players with pathways and opportunities, and that’s something I’m really proud of.

“It also fills me with great to pride to see how the academy has grown and developed over the last decade with the introduction of the Elite Development Squad and Development Centres.

“Thanks must go to Tony Ellis for his continued support of the club’s vision, and for his continued endeavours of working closely with me to ensure we can deliver the best for the academy, as well as his dedicated team of staff and coaching staff.”

Read more: Rochdale AFC Academy has been named as the number one academyPublished: 18 January 2017

Chairman Simon Gauge added: “Andrew is a real stalwart of the club who epitomises everything our academy stands for and he is one of the main reasons why we still have a successful academy to celebrate and be proud of today.

“He fully deserves this recognition and I am pleased that we have been able to mark his long-standing contribution to the club and the academy in this way.”

Mr Kelly’s link with the football club go back as far as the 1960s, when he was a youth team player during Tony Collins’ era.