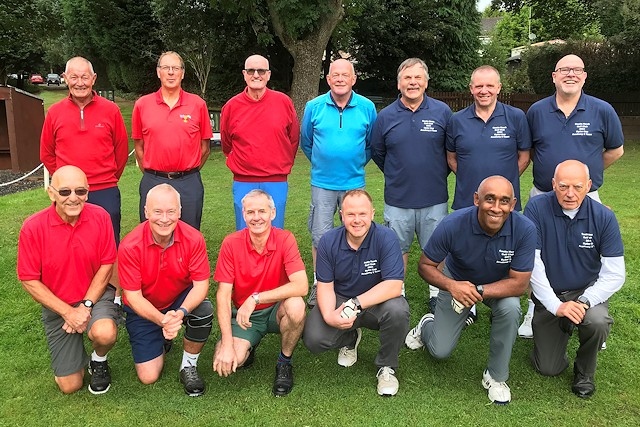 Castle Hawk golf club’s Ryder Cup competition was keenly contested in an excellent spirit before being won by Academy 1, providing great excitement for the throngs of spectators lining the fairways.

The day commenced with three greensomes matches, with Academy 2 winning two out of three matches to take the morning lead. Harry Lees and Paul Lobaz in match 1 and Paul Ashcroft and Mick Lobaz in match 3 proved to be too strong for their opponents. In match 2, Jimmy Gee and John Kubacki saw off determined opposition from Scott Winters and Paul Bell to register the only point of the morning for Academy 1.

Following an excellent lunch and inspiring team talk from their respective captains, both teams took to the tees for the afternoon singles. Both captains had analysed the strengths of their team and the opposition to decide upon the order of play, a decision that would prove to be crucial later in the day.

In the opening singles match, Paul Killoran beat Paul Lobaz on the eighteenth hole after a closely fought match to put Academy 1 all square in the match. Match 2 saw Jimmy Gee’s finest hour, winning three of the last four holes to gain a draw against Scott Winters.

In the middle two matches, Academy 1 had positioned their two most experienced campaigners and Tim Riordan and Pete Jefford secured comfortable wins against Mick Lobaz and Paul Ashcroft to give Academy 1 a healthy two-point lead.

Going into the penultimate match the pressure was on Paul Bell to turn around the sinking ship that was Academy 2. John Rogers fought gallantly but succumbed on the seventeenth green.

Now one point separated the two teams. John Kubacki and Harry Lees were the final pairing and were all square after thirteen holes, with a draw being enough for an Academy 1 triumph.

Harry Lees rose to the challenge and won the two of the next three holes to leave John Kubacki needing to win the last two holes to draw their game and win the Ryder cup.

With the noise of the gallery and the pressure of the occasion, John Kubacki settled himself and won the seventeenth hole comfortably. Both players were on the eighteenth green, John had one putt to win the hole and the match, which he duly dispatched to the bottom of the hole.

With the last putt of the match on the last green, the Ryder cup had been won by Academy 1.

With the awarding of the cup, John Rogers thanked everyone for their efforts and expressed his delight with the whole day and their win.

The final word went to Mick Lobaz, who on behalf of Academy 2, simply said: “We’ll be back.”