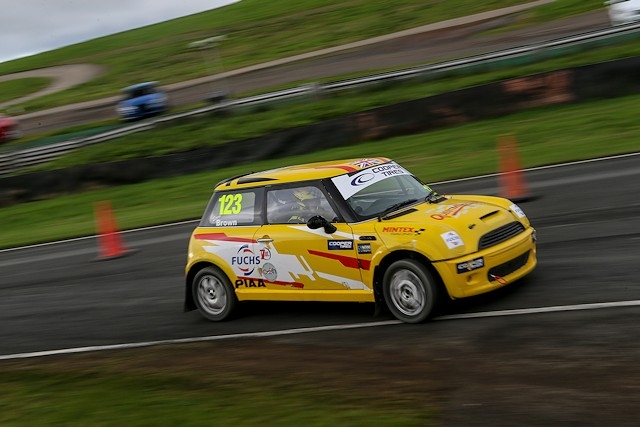 Steve Brown had a tough weekend in Scotland

Brown was fresh from a scintillating performance at Pembrey last month when he took his maiden British Rallycross Championship wins on both rounds of the weekend, which subsequently vaulted him to the top of the championship standings. But the tricky Knockhill circuit proved a little tougher to master and Brown could only scoop third place on the second day of competition.

The Rochdale driver headed to the Scottish circuit near to Edinburgh for the very first time and took a while to settle into the undulating hillside track. Although Brown has enjoyed a confidence boosting career in rallycross after switching from stage rallying in 2019, he had never tackled the Knockhill counter before and would start the weekend on the back foot.

In only his second season in the ultra-competitive BMW MINI championship, the Fuchs Lubricants backed driver could only manage sixth and fourth places at the first meeting of the year at Lydden Hill but returned a blistering performance at Wales to win both rounds and take him into the lead of the championship. 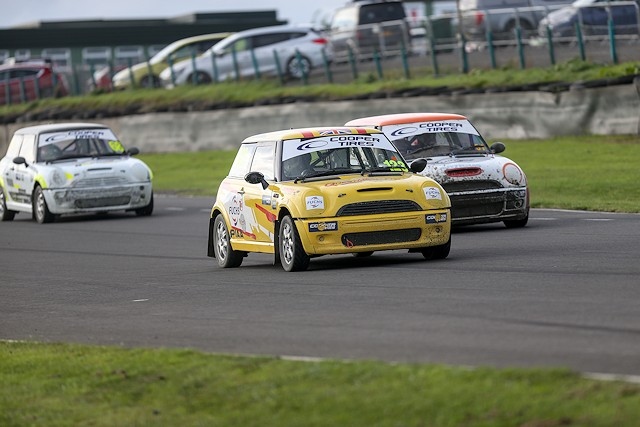 However Knockhill offered a different prospect with a new circuit layout to learn and Brown would struggle with the layout over the opening heats of the weekend. Taking fourth on all but one heat, he managed third in the semi-final on Saturday, only to be edged out to fourth by the all-important round five final.

Sunday would bring a new opportunity for the MINI pilot but once again Brown struggled with the tightly packed circuit and finished down the order in the heats. Second in the semi-final was a sign of improvement and the hard-fought final brought him his first podium result of the weekend, taking third place. His result means he still leads the championship points tables, but with just four points in hand as the season enters its final three rounds.

“It was a really difficult weekend all round really and I have to hold my hands up,” said Brown.

“I simply wasn’t quick enough and it really does highlight how important track knowledge and race craft at these circuits are. It makes a huge difference to how the whole weekend plays out and I was just on the back foot from the word go, having not been here before.”

But Brown is eager to take the positive away from the long trip north.

He added: “By the end of the weekend I was starting to get much quicker and grabbing a podium on Sunday was a sign that things were improving. It could have been a lot worse really so more points for the title campaign is really important at this stage and to be honest at the start of the year I would have bitten your hand off for a third place. All is not lost and the focus is certainly now on the next round in November and returning to a more familiar track”.

Lydden Hill in Kent hosts the penultimate meeting of 2021 at the beginning of November.