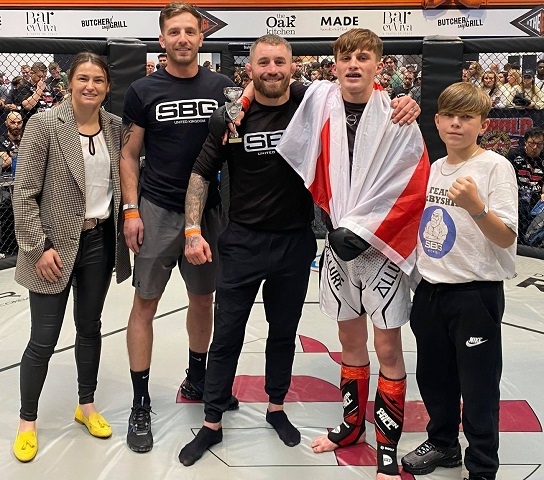 Rochdale MMA fighter Tyler Derbyshire, 15, has been chosen for the England squad in next year’s IMMAF Junior World Championships after scooping a silver medal at the English national championships on Sunday (3 October).

Tyler, of SGB, Queensway, fought in a category of five opponents, losing his first fight in a very close decision.

He went on to win his next two with second round stoppages before finishing the day with a mounted triangle submission victory.

The silver medal win means Tyler has qualified to represent the team England squad and compete in the IMMAF Junior World Championships in Las Vegas in August 2022.

Tyler follows in the footsteps of 2 other SBG Rochdale fighters, Charlotte Brown and Kyran Sturrock, who have both represented Team England.