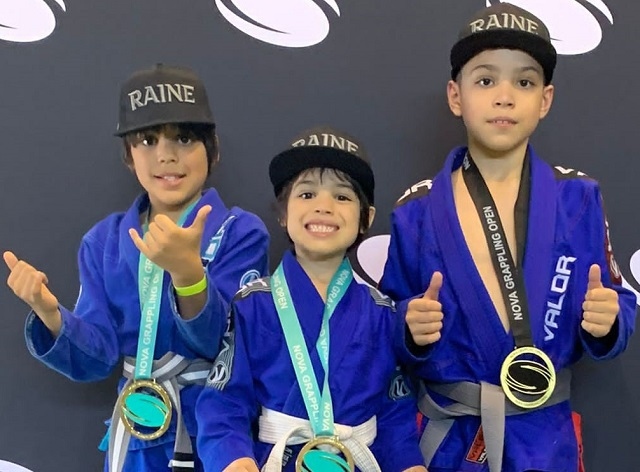 Andrew, Collin and Ethan Perez all took wins and the top medal in their respective weight categories – under 34kg, under 30kg and under 21kg – after respectively winning, three, four and two fights.

Andrew and Collin hold grey belts, whilst Ethan holds a white belt. The trio had been set to compete in the Europeans last month, but were unable to attend the event after they all contracted Covid-19.

Despite their illness, the boys have continued to train hard, determined to compete in Sunday’s tournament.

Andrew, a pupil at Holy Family RC and CE College in Heywood, has been training since 2016 and has been active on the UK’s BJJ competition circuit since 2018.

Both Collin and Ethan attend St Vincent's Catholic Primary School in Norden. Collin has been competing in the sport since December 2018 and Ethan since September 2021.

All three brothers train at Team Sukata in Warrington under the coach black belt Lee Simpson. As well as Brazilian Jiu-Jitsu, they train in Judo at Bacup Judo club and Judo Excellence club, wrestling at Bolton Wrestling Club and Thai boxing at Valley Thai Boxing Club in Whitworth.