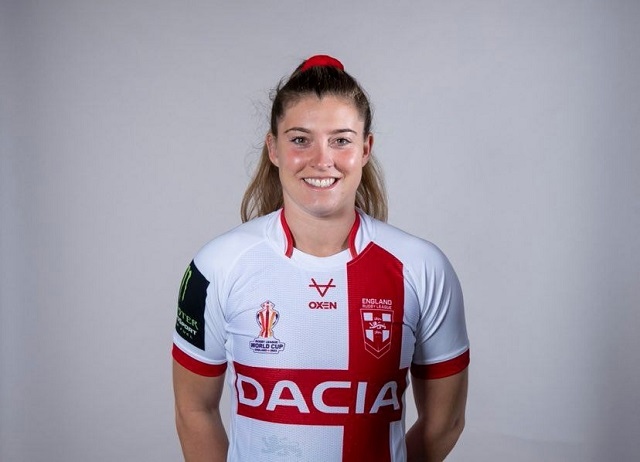 Victoria Molyneux and Paige Travis, both of Rochdale, have been named as part of a 20-strong England Women squad to face France in the sport's first televised live fixture this weekend.

Molyneux, who teaches PE at Matthew Moss, 33, is the current Wigan Warriors Women's vice-captain, and Travis, 21, of Littleborough, have both represented England before.

They will both will play in Saturday’s game (23 October), which will be broadcast on BBC Two, the first time an England Women's Rugby League international is shown on terrestrial television.

The England call-up is the third for Molyneux, who made her England debut against France in 2007 when she was a teenager. After a 14-year gap, she made her return to international rugby earlier this year, featuring in the England victory against Wales in June 2021.

Travis, a former Hollingworth Academy student, was selected for the England side in May 2020, and made her international debut in June after joining St Helens this year. She has made 12 appearances for the St Helens side and previously represented Firwood Waterloo.

Molyneux began playing rugby when she was 10, representing the Rochdale boys’ team. A loose forward for Wigan, Molyneux is sponsored by Rochdale Mayfield. She also represented Lancashire as a junior.

Molyneux has previously played for Hillside Hawks and Leigh East before joining Wigan in 2019. She is also a current member and captain of the Team GB Teachers squad and was selected for the England Performance Squad in 2020. She was voted Forward of the Year 2021 by the Women’s Rugby League Podcast followers.