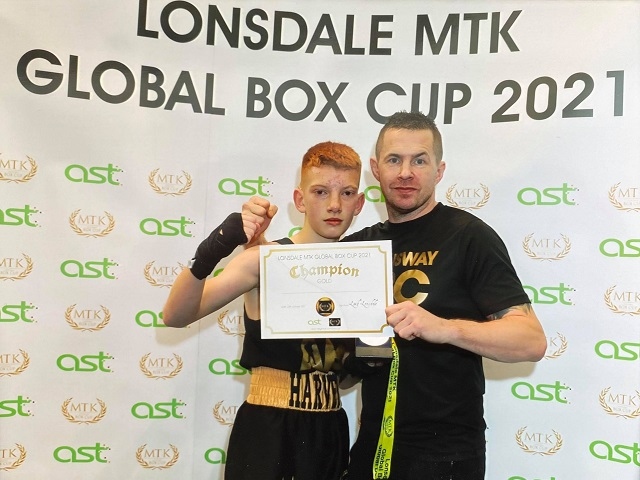 A young boxer from Queensway ABC has won his inaugural fight after a tough bout against a skilled fighter who represents the England team.

Harvey Dootson, 14, beat his opponent Humzah Din, of Pinestar Boxing Club, on points after a tough fight in the under 42kg division of the Lonsdale Box Cup.

The box cup, sponsored by MTK Global, saw more than 800 boxers enter and compete in a tournament-style format in Cumbria on Friday (22 October).