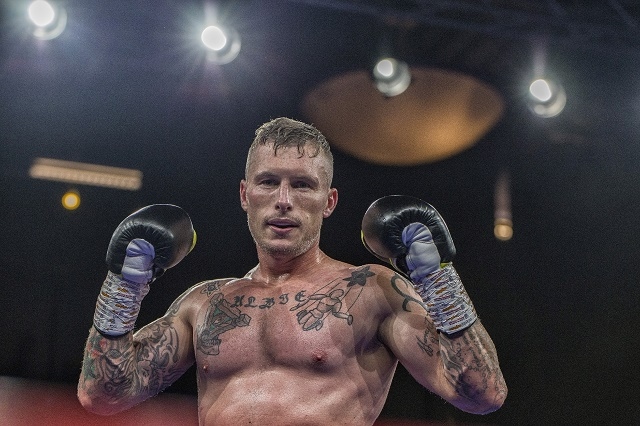 James Albert, of Milnrow Boxing, at his debut against Ryan Hibbert

Milnrow Boxing’s first professional fighter is gearing up for his second fight in December after a successful debut.

James Albert, 35, has become Milnrow Boxing’s first professional fighter, who started his career in fine form after winning his debut in September.

Albert faced off against Ryan Hibbert at the Bolton Whites Hotel, where he won on points after a 'tough fight'. His next bout will take place on 11 December at the same venue.

His wife, Michelle, said: “Mick sees the champion in everyone. James has had a lot of support since turning pro; he’s even sponsored by a guy in Marbella who has his own brand of vodka.

“Mick’s now able to train pro fighters after passing his exams and becoming affiliated this summer.

“He’s a big part of the community as boxing teaches discipline and keeps the kids off the streets.”

The gym opened in 2019 and provides classes for adults and children.