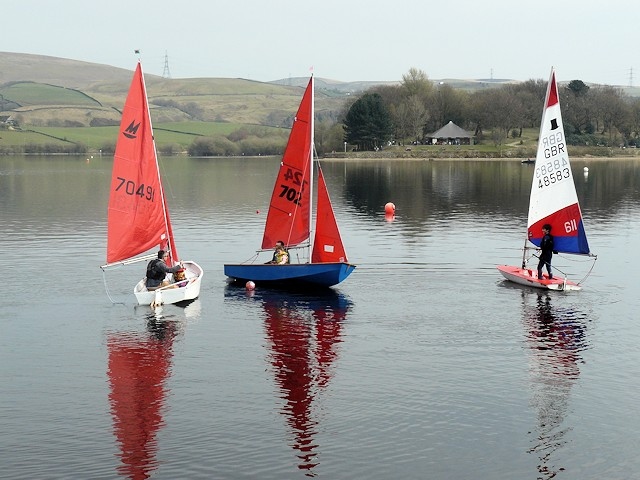 Most sailors were reluctant to set out for the first race on Sunday (7 November). While it was good to see an almost full lake, the very strong gusty wind blowing off the Lakebank shore meant turbulent winds which are difficult to race in.

The first race saw the Merlin Rocket of Les Bithell and Emma Turner keeping pace with the other fast boat of Richard and Heather Marsh (RS400). However, on handicap, the win went to the Topper of young Jasper Bramwell.

As the wind eased for the second and third races, the results were dominated by two Solos. Each had a first and a second place. Andy Carter won the second race and looked to take the third one but Martin Brennan gained the advantage to win the third race and therefore win the day. Jasper came in third in the second race with his rival Hector Droungas retiring after a capsize.