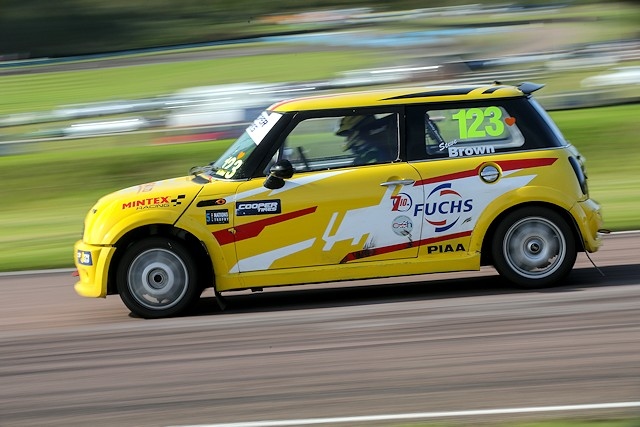 Brown grabbed hold of the lead of the championship earlier this year at Pembrey in Wales and after a solid performance throughout the latter half of the season, was able to hold onto the top spot as the championship headed to the penultimate round in the South East.

However, a brutal Lydden meeting saw Brown on the back foot for much of the weekend and would find himself tied for the championship lead after Sunday’s all important final. But, with news that the final scheduled round has been cancelled, Brown has been named as the champion thanks to the points count-back and taking two round victories.

“It’s a brilliant feeling to win probably the most competitive and hotly contested series in the British Rallycross Championship,” said an elated Brown once the news broke of his accolade.

“It’s been such a tough season and certainly one with plenty of highs and lows but I’ve stuck at it and pressed on. I'm really happy with my performance this year too and it’s clear that experience and race craft really makes a huge different to your results and I do have to remember this is only my second year in rallycross. I'm a rally driver at heart and it took a lot for me to understand how to deal with other racers on the track so it makes this such a special title.”

The Fuchs Lubricants backed MINI pilot made a full-time switch from the stages to the circuits in 2019 and in his debut season on the British Rallycross tour, he took third overall in the championship. His 2021 campaign enjoyed a prosperous start with numerous podiums and finally taking his maiden win at Pembrey. Consistency was key through the remaining rounds to lift him to the top of the championship tables, where he would stay until the last.

But with the title comes further news of Brown's future.

“I've really enjoyed my time in the British Rallycross championship but I’ve decided that I want to leave on a high and I`ll be hanging up my rallycross boots,” he said.

“It’s a great discipline but I have really missed the stage rallies. I have my fully rebuilt Nissan Micra Kit Car ready to go and I’m desperate to get out in that in 2022 so we will be putting together a plan over the winter to see what next year holds. I have to say a huge thank you to all my sponsors for their support during my rallycross career and big thanks must also go to Kevin, Alan, Andy, Tom, Alan Brown and Dave Bellerby for their help. This year has been difficult for a number of reasons but we have done what we set out to do, and that’s win.”