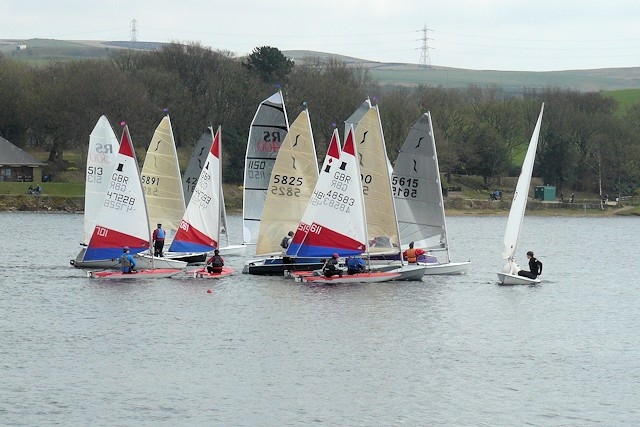 The penultimate Sunday (5 December) of racing at the lake produced some close results with seniors sharing the spoils with juniors.

The first race in quite big gusts was won by young Hector Droungas in a Topper ahead of Jasper Bramwell, also Topper, who finished third. In between, Martin Brennan in a Solo started the day as he meant to go on.

In the second race, Richard and Heather Marsh, in a RS400, took control to win, ahead of Martin Brennan. One of the quirks of handicapped results is the possibility of a tie which gave Andy Carter (Solo) and young Daisy Fisher (Laser) both third place.

The last race of the day was sailed in a flat calm and the experience of Martin Brennan came to the fore with a win to give the best overall results of the day. These conditions also suited other Solo sailors with Andy Carter runner up and Nick Hornsby in third place.

Brothers Adam and Jacob Din tried their hands at the RS400 and finished fourth, ahead of Daisy Fisher.