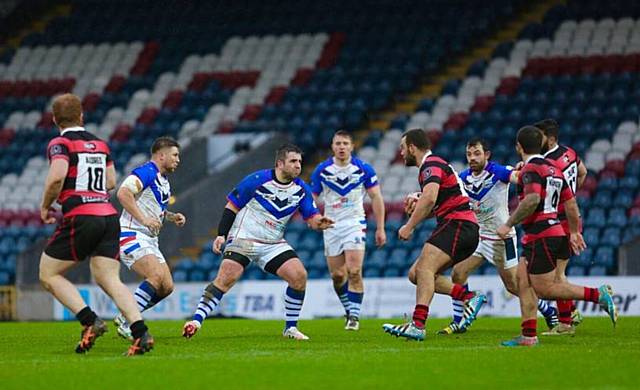 The forthcoming Rochdale Hornets game against Midlands Hurricanes in the Betfred Challenge Cup second round will be shown on BBC.

2022 marks the centenary of the Hornets’ only Challenge Cup triumph in 1922, beating Hull FC 10-9 at Headingley – seven years before the final was played at Wembley for the first time.

The game marks the first competitive fixture for fellow League One side Hurricanes since the rebranding of the former Coventry Bears club this winter.

The tie will be played on Sunday 30 January, with a 1pm kick-off at the Crown Oil Arena – and will be streamed live on BBC iPlayer and BBC Sport website and app.

Tickets are on sale now, with adult tickets priced at £12, concessions are £10 and students £5. Under 16s go free (ticket must be booked in advance).

The return of 28 community clubs and teams to the first round of the Betfred Challenge Cup is one of the features of the 2022 competition, after their Covid-enforced exclusion in 2021.

The first and second round draws were conducted in December at Tottenham Hotspur Stadium, the venue for the final on Saturday 28 May, by the former Spurs captain Michael Dawson, and the Tottenham-born London Broncos wing Iliess Macani.