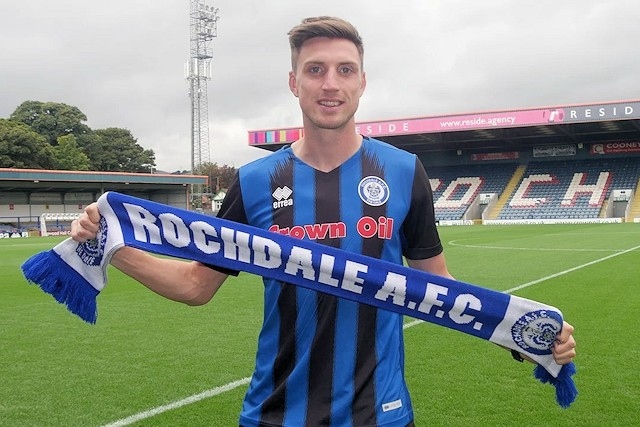 Rochdale AFC forward Jake Beesley has today (Monday 10 January) completed a move to Championship side Blackpool for an undisclosed fee.

The 25-year-old forward joins the Seasiders on a three-and-a-half-year deal, after arriving at the Crown Oil Arena from National League side Solihull Moors in September 2020.

He went on to make 56 appearances, scoring 19 goals.

His last month at Dale proved to be a memorable one, after he was named the Sky Bet League Two player of the Month for December, having scored four times in three games.

A spokesperson for the club said: "We’d like to place on record our thanks to Jake for his commitment and dedication to the Rochdale cause during his time at the club."