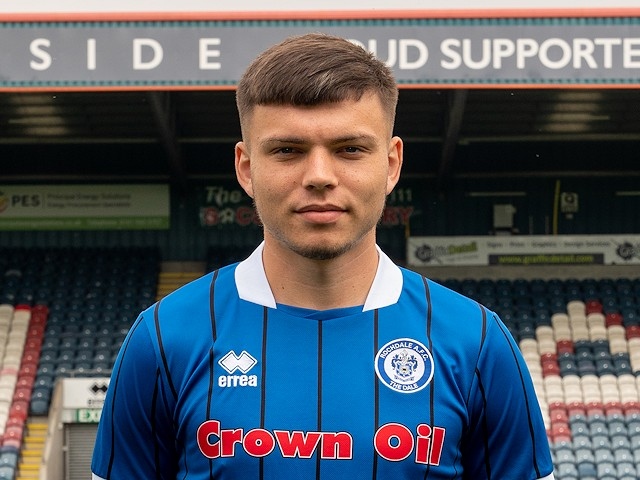 Aaron Morley has joined League One side Bolton Wanderers for an undisclosed fee.

The 21-year-old has signed a three-and-a-half-year deal.

Morley is a product of the successful Rochdale Academy, joining at Under-16 level, and went on to make his professional debut at the age of 16 when he started a football league trophy tie in October 2016.

He was a key member of Dale’s EFL Youth Alliance League North West winning side in 2017/18, scoring the goal which secured the title on the final day of the season.

In total, the midfielder has made 120 appearances for the club, scoring nine goals.

A spokesperson for Rochdale AFC said: "We would like to place on record our thanks to Aaron for his commitment and dedication to the Rochdale cause during his time at the club.

"All the best for the future, Aaron."