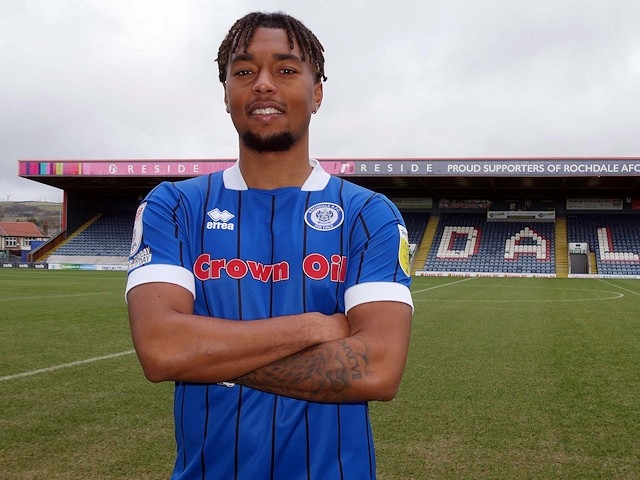 The 25-year-old is the National League’s third top-scorer this season, with 13 goals in 20 appearances and joins Dale for an undisclosed fee.

Campbell said: “I’m delighted to be here and can’t wait to get going,”

“It’s been going on since near enough the start of the window and it was just about the clubs coming to an agreement.

“I’ve heard a lot about the style of play and the chances created. I’ve spoken to the management staff and heard very good things.

“I know Jimmy [Shan] very well, and that was a big thing for me, to work with someone that I trust.

“I needed another opportunity to step up and continue my form. Speaking to them, they gave me the confidence that I would get a chance in the team and the chance to carry on my form.”

Manager Robbie Stockdale said: “He was another one of our main targets at the start of the window.

“When Jake [Beesley] left, we needed to replace goals, and we feel that with Luke [Charman] and now Tahvon, we’ve got that.

“He’s quick, he’s dynamic, he plays off the shoulder of the defender a lot. He’s a little bit different to the other forwards in the squad, so that’s always good to have options, but I’m hoping I’m buying some goals, because his record in the league below has been very good this year.”

Campbell joined West Bromwich Albion’s academy at the age of nine, progressing through the ranks to sign a professional contract with the Baggies.

He spent time on loan in the National League and then League Two, before joining Forest Green Rovers on a permanent deal in the summer of 2018.

A loan move to League One Gillingham followed in January 2019, before a permanent move to Cheltenham Town that summer.

After time spent on loan at Gloucester City and Halifax Town, he joined Woking on a permanent deal in July 2021.