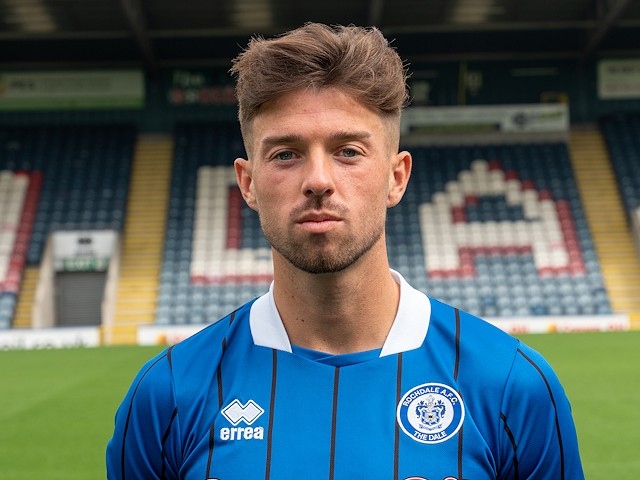 Rochdale fell to defeat on the road on Saturday (19 March), as Leyton Orient came from behind to win 3-1 at the Breyer Group Stadium.

Alex Newby got Dale off to a brilliant start, netting after just five minutes, but Paul Smyth’s stunning long-range strike late in the first half saw the sides go in level at the break. Ruel Sotiriou put Orient ahead shortly before the hour, before Harry Smith ensured victory for the home side nine minutes from time.

There were two changes from Tuesday night’s game against Salford City, with Stephen Dooley and Newby coming in for Jim McNulty and George Broadbent.

Rochdale started the game on top and put the home side under some good early pressure before they took the lead after just five minutes.

James Ball had forced Lawrence Vigouroux to push his effort round the upright after being played in by Liam Kelly, and it was from the resulting corner that Dale broke the deadlock. The corner was initially cleared as far as Max Clark who sent it back into the area, where Ball played in Newby and he fired into the far bottom corner.

Rochdale went on to enjoy plenty of the ball and the pressure after the goal, and they dominated for large spells thanks to their hard-working, dogged performance.

The O’s very rarely had sight on goal, such was Dale’s resolute performance, but when the home side did test, Jay Lynch pulled off a superb save to keep them out. Aaron Drinan met a cross from the left on the edge of the six-yard box, but the Rochdale goalkeeper reacted quickly to deny the header, throwing up his right arm to claw away the effort.

There was then some brave defending from Eoghan O’Connell to get in front of Drinan and head a dangerous cross over the bar, with the Leyton Orient forward lurking to meet it inside the six-yard box.

But still Dale pushed for a second.

After they won the ball in the O’s half, Liam Kelly fed in Ball, who, just inside the area, couldn't quite make a clean connection, and his scuffed effort was held by Vigouroux.

Kelly then forced the ‘keeper to push his free-kick from 25-yards over the bar. From the resulting corner, Tahvon Campbell won the flick on and Ball hit over at the back post.

A moment of quality saw Orient draw level six minutes from the break, when Smyth left Lynch with absolutely no chance of save, as he rifled a powerful into the top corner from 35-yards.

Before the half was out, Ball had a shot deflected into the side netting, while Clark headed narrowly wide from Kelly’s floated cross.

The second half started as a much more evenly matched affair, with the home side asking more questions than they had in the first, and they took the lead shortly before the hour mark. Dale struggled to get the ball clear as an Orient long throw caused problems inside the area, and after being partially defended out towards the edge of the the area, Sotiriou struck low beyond Lynch.

Dale looked to respond immediately to going behind and, soon after, Ball sent a low delivery across the face of goal but as Newby lurked, Vigouroux got down to smother.

As the half progressed, in a contrast to the first 45 minutes, Orient were the better of the two sides and Dale were left with a mountain to climb when the hosts extended their lead with 81 minutes on the clock. Theo Archibald’s shot from distance, took a deflection, seeing it loop up and into the path of substitute Smith, who headed home.

In stoppage time, Lynch beat away Archibald’s shot at the near post.

Campbell tried his luck from range right at the death, but he struck over the bar.