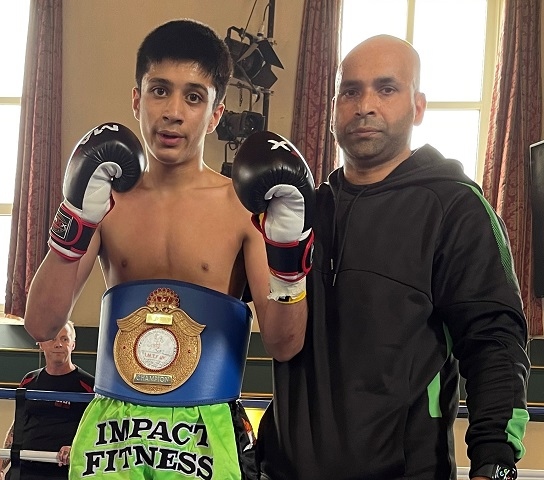 Danyal won the bout on 22 May by unanimous decision, after getting back into training in late 2021. He will next fight in Birmingham for the junior championship this Sunday 12 June.

The Oulder Hill pupil has trained at Impact Gym since he was seven. He trains under Jaman Chowdhury who is qualified as KHAN 13 (kru yai - senior teacher); he is also a fully qualified ABA Coach and owner of Impact Gym.

Jaman said: “Danyal has become very disciplined and motivated over the last couple of years, which has also helped him with his studies. He is a bright strong-minded student who has been a role model for other youngsters that train at Impact Gym.

“His ambition is to turn professional and fight internationally, someday reaching a standard like his coach who has been a perfect role model as a teacher and ambassador for the sport for the people of Rochdale.”