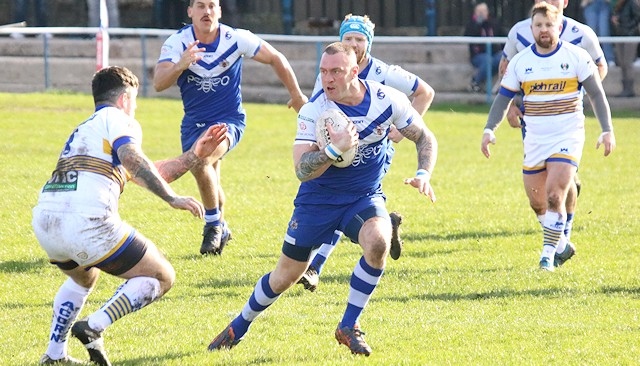 Nick Hargreaves returns to the Mayfield side this weekend

With just over half the season gone, Saturday's NCL Premier Division clash at Mayfield Sports Centre is an important one. The opposition, Leigh Miners are sat mid table along with Mayfield, four points adrift of the play off zone.

The play offs are still an achievable goal for both sides but they have to start winnimg games regularly. For Sam Butterworth and Steve Wood's side, Saturday is the day for that to start happening. Although Mayfield were beaten last week, at home to Wath Brow, there were some real positives to be taken from the performance. The fight and resilience shown in the second half was outstanding as they prevented Brow adding to their first half score. In the end they were unlucky to get nothing from the game.

Today sees a stronger Mayfield take to the pitch as Si Moore, Nick Hargreaves and Lewis Butterworth are all set to return and Darcy Maroske faces a late fitness test after missing last week due to injury. All four are quality players and have a massive impact on the games they have played in. One player who will be missing today is Jarrod Dash. The unlucky Australian returned last week after three weeks out with a hamstring injury and it looks like he will need an operation on a suspected broken thumb picked up against Miners.

The coaches have struggled to maintain a regular side so far and are hoping that a strong performance and a convincing win today will turn the season in their favour. There is no doubt that with more commitment and a little more guile on the pitch, this side would be up there pushing for a top four spot never mind looking to scrape into the play offs.