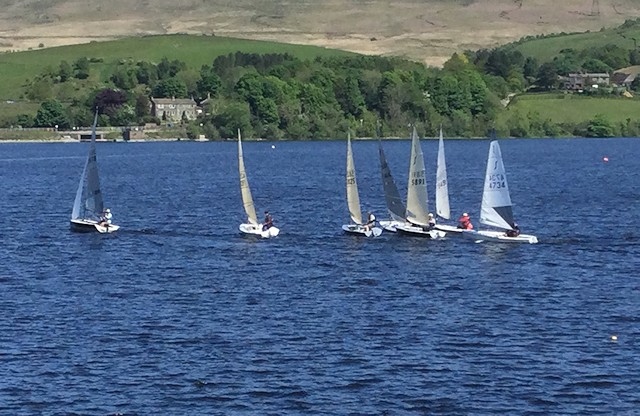 The Jubilee weekend reduced the number of racers at the Lake on Sunday 5 June as many celebrated elsewhere. On the water, it was the teenagers challenging the two seniors who were out.

As might be expected, overall the results were in Martin Brennan’s favour with wins in the first and third races, in a Solo. He was pushed hard by Jasper Bramwell in a Topper and Daisy Fisher in a Laser. On the downwind legs, the wind filled in from behind so that the lead was not secure with others catching up.

During the week, at another round of the North West Junior Travelllers series at Ullswater, Jacob Din in a Laser sailed consistently well to take 4th place out of 30 entrants.

There are often club sailors showing the ‘flag’ elsewhere and Ian Laing is one such in his classic Merlin Rocket, sailing at Fishers Green near London last weekend.