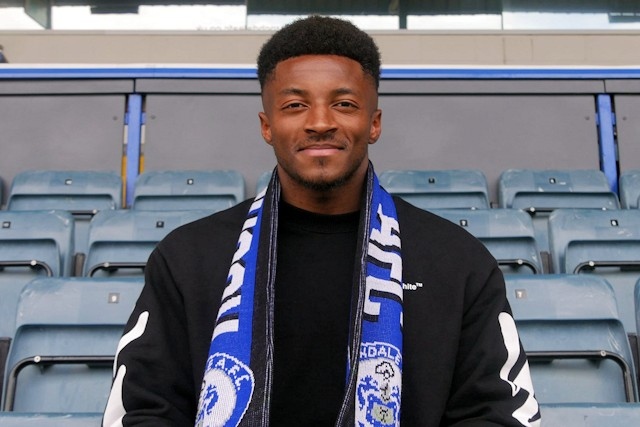 Devante Rodney has signed for Rochdale on a two-year-deal from Walsall after the two clubs concluded a transfer agreement for the forward.

The 24-year-old spent his youth at Manchester City and Sheffield Wednesday academies before starting his professional career at Hartlepool United.

A move to Salford City followed and during his time there he enjoyed loan spells at Halifax Town and Stockport County.

He went on to join Port Vale in July 2020 and finished as the club’s top-scorer for the 2020/21 campaign, before joining Walsall for an undisclosed fee in January 2022.

“I’m really happy to get it over the line and I can’t wait to get started,” said Rodney after putting pen to paper.

“I met with the manager last week and he showed me a presentation during which he went into detail about what he wants the team to do both on and off the ball, and I think it’s a good fit from me.

“Last season didn’t go to plan for me so I’ve got a lot of fire in my belly for this season and now I really want to push on.”

Manager Robbie Stockdale added: “I’m really pleased to get Devante in. He has been very sought after in the past and we hope to get him to a level which I think his attributes deserve to be at.

“He’s another part of our recruitment process, in that we want hungry players who we can also develop, and Devante falls into that category. His attributes are pace and power and will complement the other players that we have in the building.”