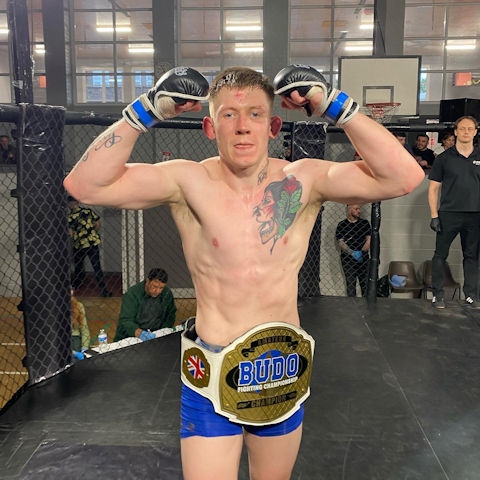 Karl Fletcher has been awarded the British Amateur Featherweight title

Rochdale’s Karl Fletcher has been awarded the British Amateur Featherweight title at the Budo 49 Championships on Saturday (18 June).

Karl, 26, of SBG Queensway, went into this fight as the number one contender after coming off a tough decision win six weeks ago.

The title fight was against undefeated Scottish fighter Shaun Conway from the Submission Factory Gym in Glasgow.

The fight went all five rounds and Karl’s sharp striking and ground and pound got him the victory via unanimous decision.

Karl made his amateur debut last year at the Full Contact Contender 26.