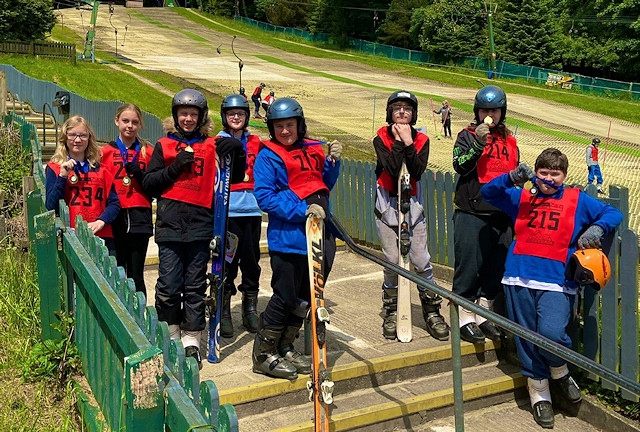 A school skiing trip is being planned by Whitworth for next year and so for the students it was a chance to get some skills before they embark on snowy slopes.

Katie, 15, said: “We had the lessons on the training slope and then the final event was on the big slope so we had to go up on the ski lift, some people fell off when they tried to get on.

“I like skiing, I have done waterskiing before and it is very cold when you land in Cowm Reservoir. I am really looking forward to the school skiing trip.”

“I had never skied before and only had the lessons over the five weeks. I will be going on the ski trip with school.”

The aim of the ski coaching and competition programme was to help build the confidence of students that have never represented their school before and might not get the opportunity to ski outside of school.