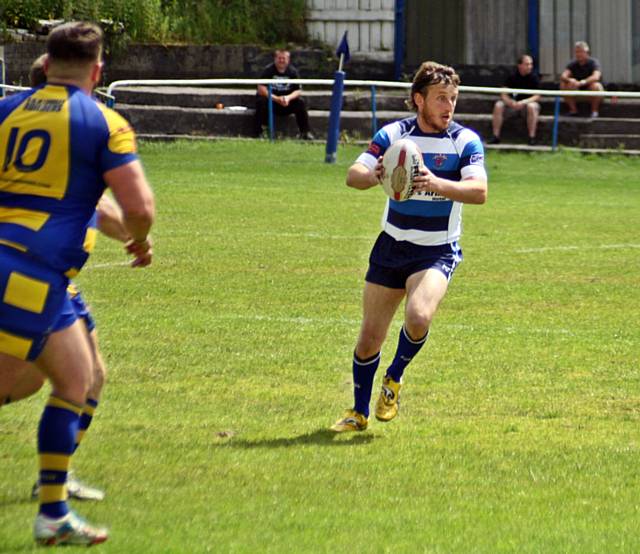 Once again Sam Butterworth and Steve Wood go into a game with players missing; there are at least five missing from this week's line up due to holidays and injuries.

This has been a tough season for the lads but they have been undeterred and have turned it round with some great team performances. They will be hoping this will be one of those games.

Their opponents York Acorn have not had a good season and have struggled to get the results. They are second from bottom of the division with just two wins from fourteen games. Mayfield cannot be complacent though as they go into this one.

York's last outing saw them provide the shock of the round as they overturned high flying Wath Brow with a great performance. That result should be a warning to Mayfield and they will respond accordingly, knowing that their hosts have the capability to play rugby. York need to be winning in order to remain in the top flight and Mayfield need to win to keep up their play off push. Game on.

The missing players from the first team will no doubt have a knock-on effect with Andy Reid's NWML side. Like the senior squad, it has been an up and down season for the side, they have had some outstanding outings showing they have what it takes but it's tough when you're forced to swap players every week. This stops you gaining any kind of momentum and, as we all know, winning breeds winners.

Despite this Reidy's side are still second in the division and are hope to consolidate that with a victory at Liverpool Lizards. Liverpool have struggled and are down near the bottom but there will be nobody taking this for granted as they make the trip to Merseyside.