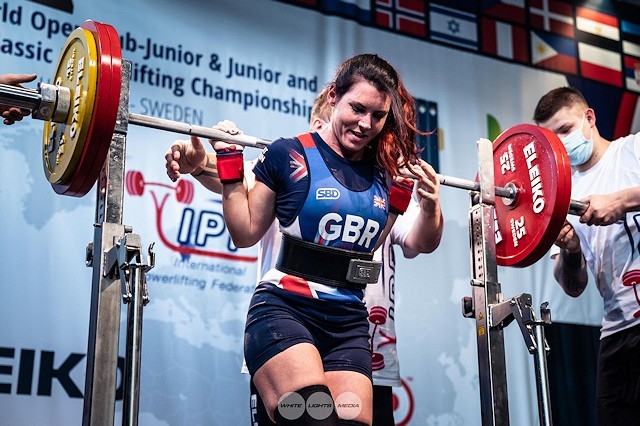 A Rochdale powerlifter has been chosen to compete in the upcoming World Masters Championships in Canada.

Genevieve Collins has been chosen to compete in the classic competition in Newfoundland which runs from 8-12 October.

The mum-of-three last year represented Team GB at the International Powerlifting Federation World Championships in Sweden where she won a bronze medal and podium position in the Women's Masters 1 category (63kg-69kg) after squatting 145kg, benching 82.5kg and deadlifting 167kg.

She hopes to raise £5,000 to cover the costs of competing in Canada.

Genevieve said: “I've worked hard to be able to compete at this level, training 4 days a week alongside family commitments. I appreciate any and all help in being able to represent our country and continue to lift for Great Britain and it’s an honour to be able to do so.”

Genevieve picked up the amateur sport six years ago when she was recovering from a knee injury; a personal trainer at Full Contact suggested attempting it during her sports rehabilitation. She had previously played a lot of netball and was a regular gym-goer before falling in love with power lifting.

Genevieve, who has her own cake baking business, Rocco Cocoa Cakes, competed in her first national contest before Covid struck. She placed fourth, qualifying for the British Masters, which she won in July last year, cementing her a spot on the GB squad.

Prior to these, she had taken part in eight regional contests and championships, placing consistently between first and fourth place.

Donations to help Genevieve reach the World Championships can be made via GoFundMe.