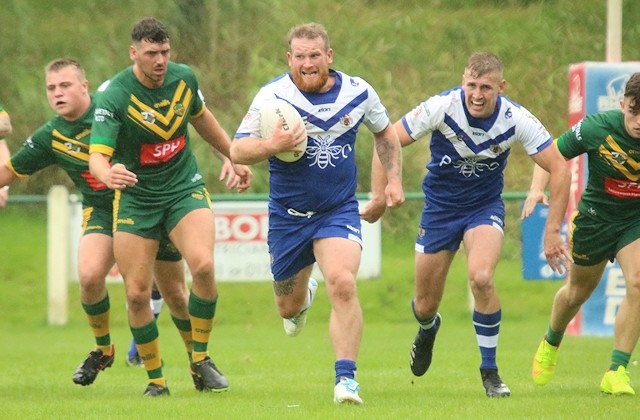 Aidan Gleeson is available this weekend for Mayfield

After last week's bitterly disappointing defeat at York Acorn, Sam Butterworth and Steve Wood have a job on this weekend as they try and raise their team for the visit of league leaders West Hull.

It's not all bad news though as key players return for the fixture. Si Moore and Ieuan Higgs have both declared fit and available and will go straight back in the squad while a surprise but welcome addition is the return of Aidy Gleeson who has been overseas. Whoever plays will have their work cut out against an in form West Hull, the Yorkshire men have only lost one game in the league so far, although Mayfield did beat them in their Challenge Cup match pre-season.

Once again Butterworth knows that if his men play to their potential they have enough in them to to overcome Wests and reclaim their push towards the play off spots. Whether they do that once they are out on the pitch is anyone's guess. The game at York saw Mayfield with a sadly depleted forward line and that showed as the big York pack took control of the game, the return of Moore and Gleeson today will go a long way towards righting that and then anything can happen. The coaches are looking for improvements all over the park with defence on the fringes, line speed and the simple execution of plays the main areas that they need to improve on. If these improvements are there and the team can make a return to the level of intensity they have shown in some of their games there is no reason they can't win this game.

Andy Reid and Craig White's NWML side had a resounding win last week away at Liverpool Lizards and today sees the return fixture as the Merseysiders make the journey for this division 3 clash. Last week's win saw Mayfield reclaim top spot in the division and Andy is hoping a win today will consolidate their position.