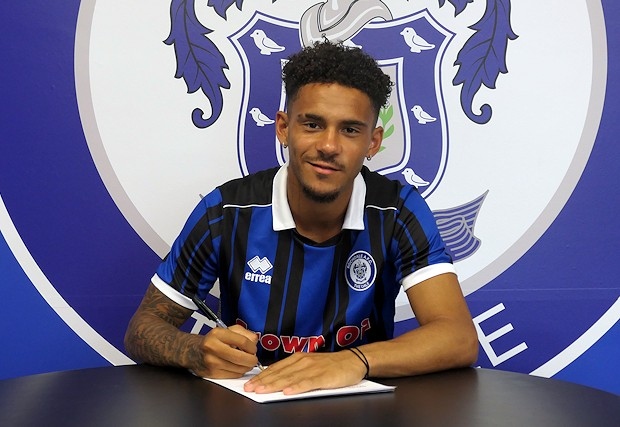 Rochdale Football Club has announced the signing of forward Tyrese Sinclair on a two-year deal.

Sinclair has been training with the squad over the last few weeks and has featured as a trialist in all of Dale’s pre-season friendlies so far.

The 21-year-old came through Blackburn Rovers’ Academy before joining Mansfield Town’s youth system in 2017. He turned professional two years later and made his senior debut a month later, going on to make over 40 appearances for the League Two side.

Last season, he spent the second half of the campaign out on loan at Scunthorpe United from the Stags.

“I’m buzzing to get it over the line and I can’t wait to get going - I’m ready for the season to start now. I’ve worked [hard] to get this deal but the work is just really getting started now and I’m ready to kick on.

“I’ve really enjoyed my time here so far. It has also been tough but that’s pre-season. It has been good and I’ve settled in well.”