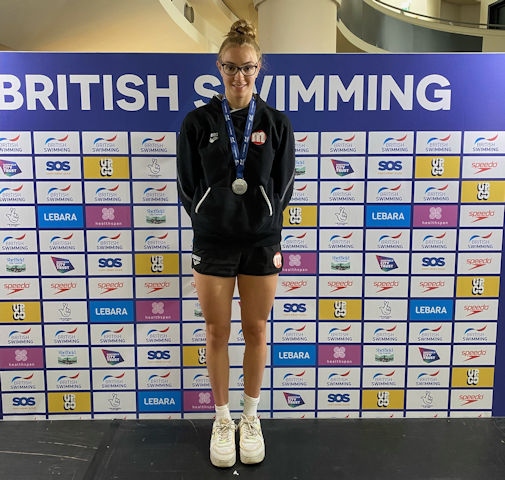 The former Cardinal Langley pupil, 18, landed a personal best in the 50m breaststroke, with a time of 32.77.

Lucy qualified for the heats with a time of 33.26, going into the final as the second fastest in her age category.

Lucy, who is going to study chemistry at university in September, has really enjoyed working with coach Matt Turner. She has been training at the City of Manchester and will continue with her swimming.

She went to Dubai in February with Swim England as part of her ‘Diploma in Sporting Excellence’ two-year course which has run alongside her A-levels at Xavarian College.

Lucy began swimming at the age of 12, after seeing how much her younger brother enjoyed competing and has gone on to shine in the sport.