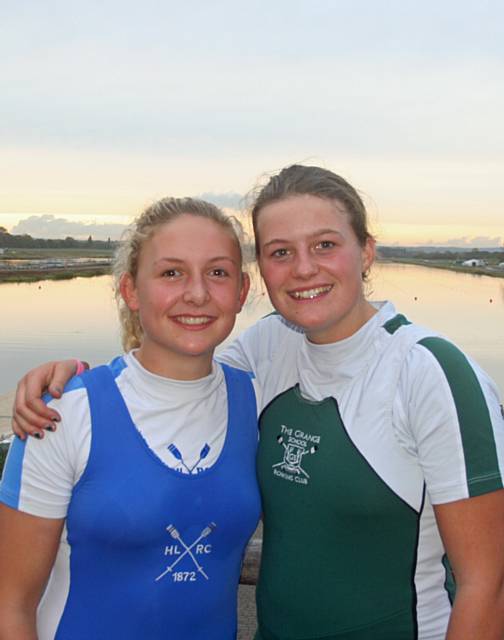 Hollingworth Lake Rowing Club girl Jess Leyden raced at the prestigious Jubilee Regatta held at the Olympic rowing venue at Dorney Lake last weekend. With her partner Emily Ford from Grange School Rowing Club, they entered the WJ19 double scull category. Even though both girls are only 17, they had to race 44 other women’s doubles including international, under 23 and senior women’s crews.

Jess and Emily easily won their own category of Women’s Junior 19, but after some sensational racing got through to the final of the main double sculls event. With 150m to go they were still in a creditable fourth place but in a dramatic finish, pulled through and took bronze position, upsetting many senior crews in the process.

Coincidently, first place was taken by Ruth Walczak rowing for Mosley Boat club, but who is also still a member of HLRC. She and her double partner recently won Bronze at the European Rowing Championships in a Lwt double.

She is now preparing for her final year as a junior and hopes to get selected to row for Great Britain at the Australian Youth Olympic Festival this January and the Junior World Rowing Championships in Lithuania next August.