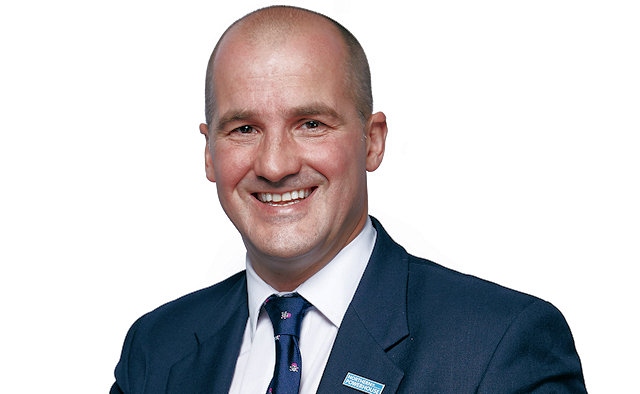 The joint ministerial position, shared between the Ministry of Housing Communities & Local Government and the Department for Business Energy and Industrial Strategy, will see the Northern Powerhouse Minister’s oversight and coordination of local economic growth boosted to improve its impact for people and communities across the country. It will also ensure key policies like the £1.6bn Stronger Towns Fund and the Northern Powerhouse are at the heart of delivering the Government’s Modern Industrial Strategy.

The appointment comes ahead of a refreshed Northern Powerhouse Strategy, due to be published later this year, bringing together the Government, northern businesses and local leaders with a renewed focus on growth.

“We’re investing more into transport in the North than any other Government in history, and with nearly 50% of the North represented by Metro Mayors, a Northern Powerhouse economy worth over £339 billion, and now, with an expanded, cross-governmental ministerial position, that partnership is stronger than ever.

“I’m delighted to accept this new appointment and I’m grateful to the Prime Minister for the unwavering support she has given to the Northern Powerhouse.

“We are on the cusp of a new era for the north with our modern Industrial Strategy boosting economic growth, supporting advanced manufacturing and creating the right economic conditions to make the Northern Powerhouse one of the most competitive, business-friendly regions not just in the UK but in the world.”

Communities Secretary, the Rt Hon James Brokenshire MP, said: “With this broadened ministerial role, the Government has cemented its long-term commitment to the Northern Powerhouse. In Jake Berry, the Government has a Minister who has worked tirelessly with the Metro Mayors and our partners in the public and private sectors to drive growth, investment and job creation throughout the North. As we look to the future - including the Borderlands Growth Deal and the second phase of the Grimsby Town Deal - the Government has an empowered Minister ready to roll up their sleeves and deliver for the Northern Powerhouse and local communities across the country.”

Business Secretary, Greg Clark MP, said: “I would like to warmly welcome Jake Berry to BEIS in his strengthened role as joint MHCLG & BEIS Northern Powerhouse and Local Growth Minister.

“I look forward to working with him on this important agenda, as we work with local leaders across the country on their local Industrial Strategies, helping to build on the strengths of each area to secure their economic future.”

Responding on behalf of the CBI to the news, North West Regional Director Damian Waters said: “This is a welcome announcement and we look forward to working with Jake Berry in the days, weeks and months ahead.  The Northern Powerhouse is a key part of the UK’s economy, adding over £339bn to the economy a year, yet it’s productivity continues to lag behind other parts of the country.

“This new position will be welcome by businesses, recognising the need for a strong advocate for the region.

“It is an important first step towards taking a much more joined up approach across departments and embedding the Industrial Strategy in all parts of the government’s work.

“Continuing to work closely with businesses and stakeholders across the North will be key for the Minister in order to promote the important work of this region nationally and internationally, particularly considering the leading role the region will play in addressing the Grand Challenges as set out within the Industrial Strategy, and the existing and future sector strengths of this region.”