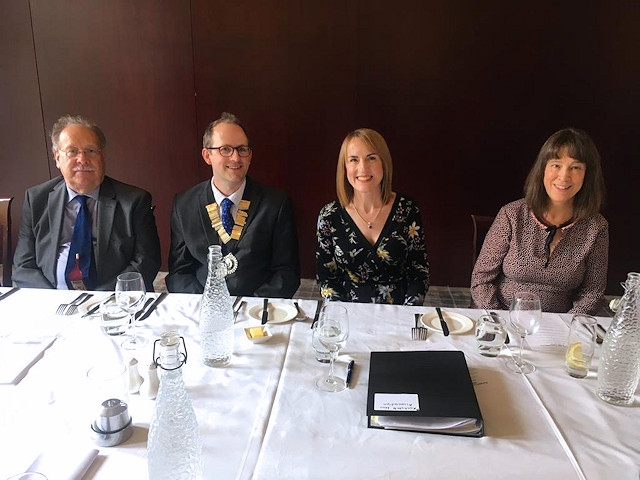 Zoe Clough, a partner at AST Hampsons Solicitors, has been inaugurated as the 2019-2020 President of Rochdale Law Association at the AGM on Wednesday (19 June).

Replacing outgoing president, Ben Leach, of Molesworth Bright Clegg, Zoe was named as the new president at Nutters Restaurant in Norden, joined by other members of the firm and the law association, which has represented solicitors who live or work in the Borough of Rochdale for over 100 years.

Zoe joined AST Hampsons in 2011 as an Assistant Solicitor, becoming a Partner with the firm in January 2018.

Zoe said: “I am pleased to have been invited to be President of the RLA and I aim to do my best to continue the good work of my predecessors and further the already good profile of the Rochdale Law Association.

This year, during her term, Zoe hopes to help the RLA with a social media presence and organise an annual dinner for the members.

AST Hampsons, which has two offices in Rochdale, was formed in January 2001 by the merger of the firms Atherton Standring Taylor (AST) and Hampsons incorporating Toomey Goodwin & Co.

Zoe’s expertise is dealing with private client matters, advising on powers of attorney, wills, court of protection and dealing with estate administration.

She is also a member of Solicitors for the Elderly and specialises the affairs of the elderly and vulnerable clients.