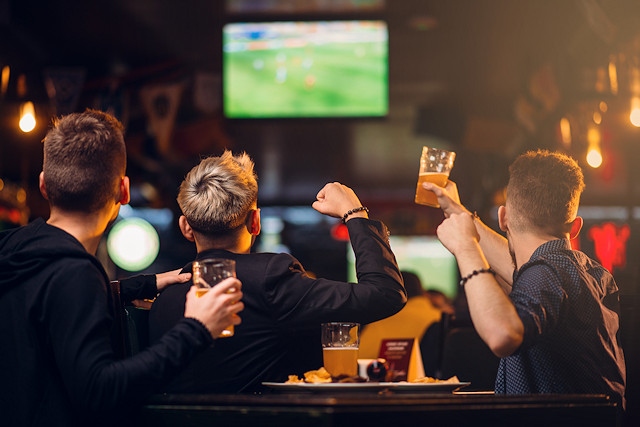 Those found to be showing live games without a valid licence run the risk of a court prosecution and fine of up to £1,000 per offence

As the Rugby World cup kicks off in Japan today, Friday 20 September, TV Licensing is advising all publicans to avoid a penalty and check they are correctly covered by a TV licence if they plan to show live matches.

Due to the time difference, the scrum at the bar will start far earlier than usual this weekend as rugby fans across the land pack into pubs to watch the home nations live in action.

All businesses need to be covered by a valid TV licence if staff, customers or visitors watch or record live TV programmes on any channel, or download or watch BBC programmes on iPlayer. This applies to any device provided by the business.

Those found to be showing live games without a valid licence could end up in the sin bin as they run the risk of a court prosecution and fine of up to £1,000 per offence, plus costs.

In the last three years, TV Licensing enquiry officers visited more than 44,000 businesses across the UK, including pubs, takeaway restaurants and sports clubs, to confirm if they were correctly licensed. TV Licensing’s enquiry officers will be touring unlicensed venues throughout the tournament, which runs until 2 November.

Tim Downs, TV Licensing spokesperson for the north, said: “This year’s Rugby World Cup looks set to be thrilling competition, and landlords across the land can score easy points with fans looking to soak up the atmosphere by ensuring they are properly licensed to screen the live action.

“To be fair to the honest majority who do pay we’ll be blowing the whistle on establishments that are showing live games without a licence, so our advice to landlords wanting to avoid an infringement is to check whether they need a licence rather than risk being prosecuted.”

Mike Clist, Chairman of the British Institute of Innkeeping (BII), the leading professional body for UK’s licensees, said: “Watching sport in the pub is a great British tradition, and we are sure the Rugby World Cup will prove no different. However, together with the BBC, we always like to remind licensees that they must have a current TV licence in order to publicly show live sport legally.”

A TV licence costs £154.50 and can be purchased in minutes via an online form at www.tvlicensing.co.uk/businessinfo or by calling the TV Licensing business team on 0300 790 6112.