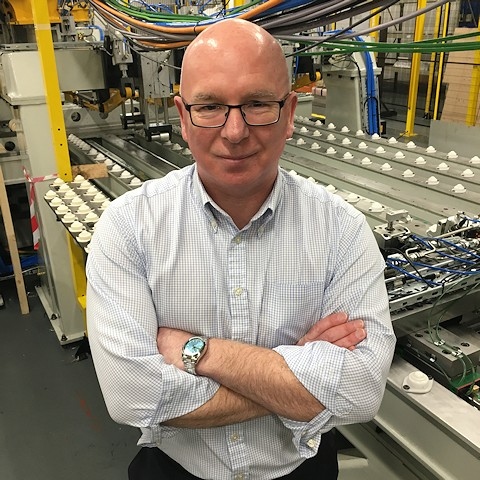 The company, which invests 10 per cent of its turnover into research and development (R&D), has recently developed machines that have transformed the way the trays that hold the battery cells underneath the electric vehicles are made.

The automated friction stir welding machines, which cost between £2m-£4m, do away with traditional welding techniques and produce stronger and cleaner trays that are much sought after in the electric car industry.

Tony Bannan, CEO of PTG Holroyd, said the machines already accounted for up to 40 per cent of the company’s £25m turnover and predicted it would grow even further in 2020 as demand continues to rise in electric vehicles.

“The machines are also used in the manufacture of high speed trains but 75 per cent of our friction stir welding machines are being used in electric cars,” he said. “We’re supplying Tier 1 suppliers who work directly with some of the biggest names in the industry.

“Electric cars have been responsible for a big boom in our business because of the friction stir welding machine technology that we have developed. The battery tray is an important part of the car because as well as holding the battery cells securely in position it forms part of the car floor so it has to be strong.”

Bannan, who was awarded the OBE in 2016 for his services to the UK economy, international trade and inward investment, said they realised their technology could transform the electric car industry by a stroke of good fortune.

“First generation battery trays were produced using conventional fusion welding techniques which used high temperatures to melt the parts together,” he said. “At that point we realised that our friction stir welding machines, which are more environmentally friendly, would increase quality and productivity, and it went from there.”

Bannan explained: “Friction stir welding uses frictional heat combined with precisely controlled forging pressure to produce welded joints that are virtually defect-free. It plasticizes the material and when it cools they crystalize. Not only is the product stronger but it speeds up the manufacturing process, reduces the cost and improves the consistency.”

Bannan said industry forecasters predict that demand from the electric car industry would grow by between 30-50 per cent this year.

“It’s important for us as a business that we don’t have all our eggs in one basket,” he said. “Technologies change and that’s why we invest so much in R&D so we remain ahead of the curve.”

He said such developments further highlight the need for a new Institute for Advanced Machinery to be created in Rochdale which he has championed for a number of years. He’s currently working on a bid to set up the institute with support from the Rochdale Development Agency and the National Physical Laboratory.

“Skills is a big issue for us and the majority of manufacturers,” he said. “A typical apprenticeship will last for four years but the advanced skills we need require another four or five years after that. That’s up to nine years to train world-class toolmakers and machinists.

“We employ 150 people in Rochdale and a number of those are in their 60s and coming up to retirement. That’s a huge pool of skills and we need an Institute for Advanced Machinery created in the North West for businesses like ours. It’s crucial.”

Around 98 per cent of the products made at PTG Holroyd go direct to export with the biggest markets being China, Germany and America.

The company was acquired in 2010 by Chongqing Machinery & Electronics Corporation, which is listed on the Hong Kong Stock Exchange.