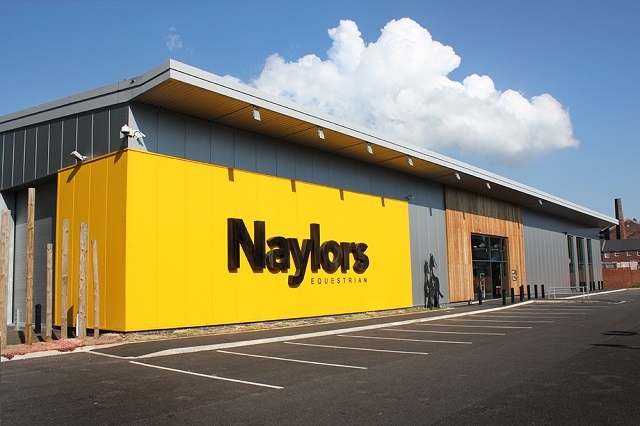 Rochdale-based Naylors Equestrian, one of the UK’s leading Equestrian retailers, has been acquired by Go Outdoors, the UK’s largest outdoor retailer.

Naylors will continue to operate through its existing website and three stores in Rochdale, Cheshire and Staffordshire.

Over the coming months Naylors Equestrian concessions will begin to be introduced into the Go Outdoors megastores.

Lee Bagnall, Go Outdoors CEO, said: “At Go Outdoors we are committed to offering our customers the best choice of gear for every outdoor activity whether that be walking, camping, cycling, climbing and fishing. With Naylor’s Equestrian now joining the Go family we will be able to offer our customers an even better, exciting range of equestrian products.”

“We see great potential in the equestrian market and by acquiring an established retailer with a great heritage and reputation along with an experienced team, we can offer our customers the very best choice for all their equestrian needs.”

The origins of Naylors date back to 1965 when Derrick Naylor began trading from a former co-operative shop in Norden. Over 42 years, Derrick built a solid reputation for stocking quality equestrian products and supplies.

It relocated to a brand new, purpose-built equestrian superstore on Mellor Street in 2012, growing to add a warehouse in Heywood in 2017 and its second and third stores the following year.

Go Outdoors was originally purchased by JD Sports in 2016. Administrators were appointed in June 2020 before the sporting retailer bought the business back for £56.5m.