You are Here: Home » News » Business News » Heywood salon Fab HQ is up for five national Hair and Beauty Awards 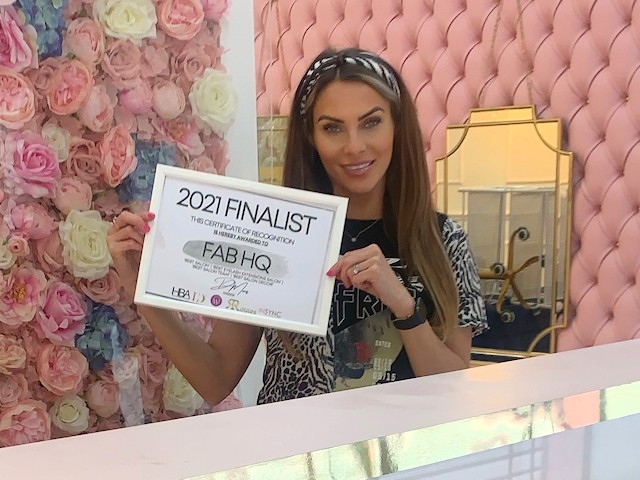 Chanelle Wolstenholme, of Heywood, opened her beauty salon Fab HQ at the end of 2019 after growing her lash brand ‘Fabulash Professional’ to worldwide success, which she kicked off from her garage as a one-woman team in 2017.

Having started Fab HQ with zero staff to now having a team of nine in the salon, Chanelle has been personally nominated for Entrepreneur of the Year at this year’s UK Hair and Beauty Awards.

Chanelle said: “We are really pleased with all the nominations. After quite a difficult year it has really brought a smile to our faces and uplifted the team.

“This is finally the positive news we all needed to hear after only opening the salon in December 2019 and being closed longer than we have been open, facing three national lockdowns. The beauty industry has really struggled.

“We are hoping to bring home a trophy after the virtual finals at the end of the month and can’t wait to open again in April.”

The UK Hair and Beauty Awards is an established competition with over 18.2k followers on Instagram.

The competition's finalists will be whittled down to the winners on 31 March and announced in an online ceremony.

For the Social Media Hair and Beauty Awards, entries are counted and shortlisted at the end of March 2021.

An awards ceremony will then take place live on the Awards social media pages, where they will announce the winners at the end of April.