You are Here: Home » News » Business News » All aboard the Whistlestop Coffee Carriage

All aboard the Whistlestop Coffee Carriage 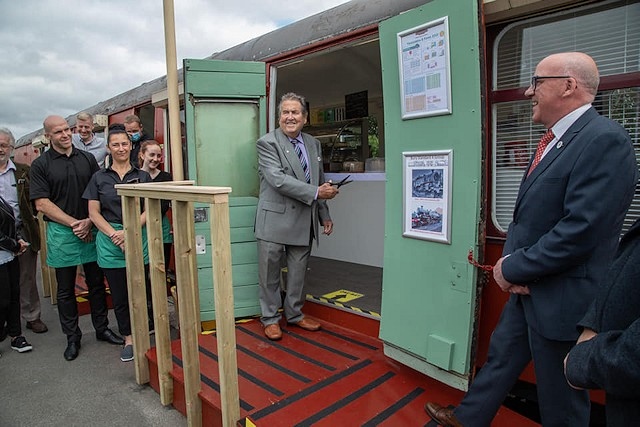 A new café in a former railway carriage has opened at Heywood Railway Station.

The Whistlestop Coffee Carriage opened on Saturday (26 June), serving coffee, tea and hot chocolate as well as a range of sweet treats including cakes and ice cream.

Run by Michelle Worthington and business partner Mark Redfern, the café is currently open for takeaway only until Covid restrictions are lifted. Once fully open, the café can seat between 22-26 people.

Michelle had originally seen the carriage – previously used for storage – a few years ago when she had the idea of turning it into a café.

She said: “I thought it would make a great café but it never really opened. I first enquired about it a couple of years ago but the time wasn’t right for me to pursue it any further.”

Michelle began to make enquiries again this year, coming along at the right time as she says: “The East Lancashire railway were very keen to do something with the carriage.” 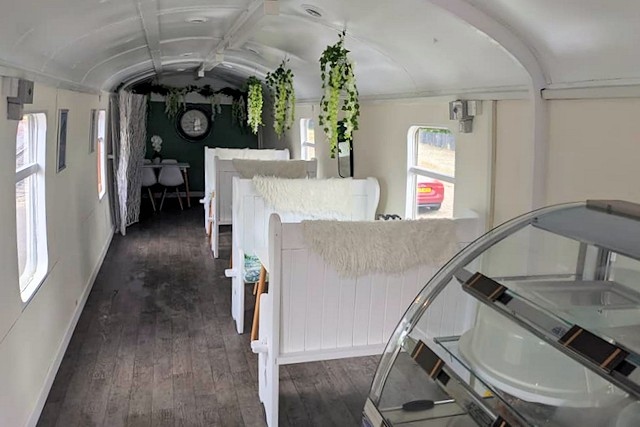 Michelle said: “The opening was better than we could ever have hoped for. It was a very busy weekend with lots of smiling faces and happy people. We are still very much on a high; the response has been amazing.”

East Lancashire Railway chairman Mike Kelly added: “The opening is great news for families and individuals who want to use a trip on the railway as an opportunity for a grand day out, complete with tea, coffee and cake.”

The Whistlestop Coffee Carriage is open weekends when the train is running into Heywood and Wednesday - Sunday from 21 July.